By Tom Duggan on September 1, 2004Comments Off on Let the Weapons Ban Sunset, by Amber Pawlick 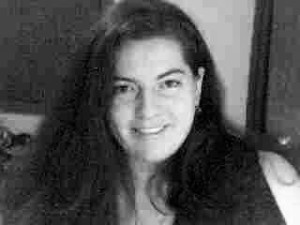 The “assault weapon” ban is set to expire in just weeks. Because of this, there has been much chatter about it in the media. It seems like many if not most people agree that they are for the second amendment but against those big bad “assault weapons.” I have one question for them: why?

In all likelihood, they do not even know what was banned or if any of these “weapons” were used in many crimes.

The first thing that strikes me about the “assault weapon” ban is the name. Apparently the designers of the bill never consulted a dictionary. Something does not become a “weapon” until someone uses it with the intent to kill someone. Anything can be a “weapon.”

In the game of Clue alone, the weapons include: a knife, rope, revolver, wrench, lead pipe, and candlestick.

Calling the firearms that were banned “assault weapons” is an attempt by the gun grabber crowd to demonize them. The left knows that to control politics they must control language.

What will probably shock most people is that the firearms that were banned were not banned because of how much damage they can cause. They were banned, essentially, because they look scary.

The “assault weapons” that were outlawed are all semi-automatic, i.e. fire one round per one pull of the trigger. They are functionally no different than many other semi-automatics that have been used for 100 years. It was based mostly on cosmetic or ergonomic design that these firearms were banned, or based on things that are already heavily regulated. I will call it the “ban on various semiautomatic firearms” from now on.

The firearms in question were and are used in a minuscule amount of crime. (More information at www.awbansunset.com). So why

did the gun grabber crowd go after them? Because it sets a precedent. The gun control lobby has now made it a precedent that various firearms can be outlawed in the name of being “extreme.” If they can ban these firearms, based on an arbitrary standard, why can’t they go after any other firearm?

The ban on various semi-automatic firearms is an attack on the individual rights of regular citizens. Fortunately, it will likely expire in September. Let’s make sure it doesn’t return.

You can Email Amber Pawlik at: amber@amberpawlik.com