By John MacDonald on July 30, 2015Comments Off on Long Hot Summer in Lowell 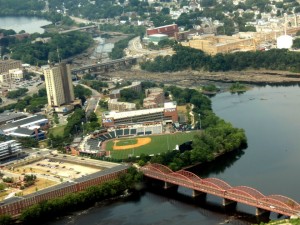 As summer is upon us in Lowell the hard work of those seeking elected office really begins. The hot summer days for these candidates will be filled with door knocking, long conversations and attending summer parties where Lowellians gather. Discussions for City Council candidates will be centered on the job performance of the City Manager (as always), public safety, economic development and whether the tax rate is palatable. The goal of every candidate will be to touch as many voters as possible.

The school committee race? More on this later in the column.

Unlike previous years there seems to be no major issues with the mayor or the city manager. All is calm as we enter the long summer. Crime is going down, more police are on the streets; various tools to prevent and capture criminals are being instituted and promoted by the council. The manager has set a budget that appears to be satisfactory to the majority of people. Taxes increased, but they were balanced with the actual needs of the city. The council and manager seem to be all getting along and there even seems to be some progress on the economic development front.

Challengers for city council seats will find it difficult to convince voters to put them on the council versus any incumbent. Is there a need for change? Some people always like a fresh face, but in this election cycle no one can really point to any one councilor or issue and rail against them or it. Or can they? There is still plenty of time between now and November. Is this the quiet before the storm?

A large group of challengers are running. In this election we could see a lot of fresh faces. Challengers have a lot to offer the voters this year. Summer cookouts will have candidates in the school committee race armed with real issues to discuss and hopefully real solutions to offer.
Here are some other factors to consider as we watch both races unfold. Will we see any of the current sitting city councilors not seek re-election? If we do, will we see some undeclared candidates throw their hat into the ring? My guess is yes. Will they be familiar faces or will we see some new faces enter the political realm? Candidates entering the city council race late might have an advantage in an election cycle such as this. Why? Because there is little for voters to glom onto for excitement in a race that lacks political theater. In this scenario we could see an incumbent or two get knocked off the council. Wait and see.

As a former candidate for Lowell City Council I can look back on my race, analyze those following mine and see some patterns. I can see and understand what is motivating the candidates, the challenges they face and their ability to mobilize and inspire the electorate. It will be a tough year to inspire voters to turnout, but candidates will endeavor to persevere. Lonely long hot days and evenings of walking doorstep to doorstep will dominate their time. Interrupting voter’s dinner, television programs and activities will be the norm for these weary activists. The pace will exhaust some, but veterans realize the race is a marathon and not a sprint. We shall see who finishes the race or ends up lying on the side of the road.