By Tom Duggan on June 28, 2013Comments Off on Long Island Resident Pleads Guilty to Attempting to Provide Material Support to al Qaeda Affiliate

From the U.S. Attorney’s Office Eastern District of New York 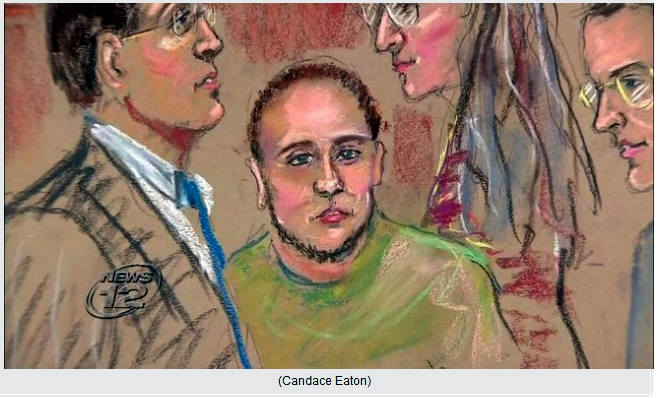 A complaint and information were unsealed in federal court yesterday afternoon charging Justin Kaliebe, an American citizen and resident of Babylon and Bay Shore, New York, with attempting to travel to Yemen in order to join the foreign terrorist organization al Qaeda in the Arabian Peninsula (AQAP), also known as Ansar al Sharia (AAS). On February 8, 2013, Kaliebe pled guilty before United States Magistrate Judge A. Kathleen Tomlinson to both counts of the information charging him with attempting to provide material support to terrorists, in violation of 18 U.S.C. § 2339A(a), and attempting to provide material support to a designated foreign terrorist organization, AQAP/AAS, in violation of 18 U.S.C. § 2339B(a)(1). Thereafter, on March 5, 2013, United States District Judge Arthur D. Spatt reviewed and accepted Kaliebe’s guilty plea. A status conference is scheduled for June 26, 2013, at 3:00 p.m. at the United States Courthouse in Central Islip, New York, when Judge Spatt is expected to set a sentencing date. Kaliebe faces a maximum sentence of 30 years in prison when he is sentenced by Judge Spatt.

According to the court filings, Kaliebe attempted to travel from the United States to Yemen for the purpose of joining AQAP/AAS and waging violent jihad. During numerous meetings and recorded conversations and e-mail correspondence with undercover law enforcement officers, Kaliebe explained that he had been searching for an opportunity to travel abroad and fight jihad for two years—long before Kaliebe first approached the undercover officers about his plans to join a terrorist group. Kaliebe repeatedly expressed his desire to travel to Yemen in order to join AQAP/AAS and to help carry out its violent extremist agenda. Kaliebe also demonstrated extensive knowledge of terrorist organizations, including AQAP/AAS and al Qaeda, and current and former leaders of those terrorist organizations. For example, Kaliebe referenced, and at times quoted, Anwar al-Awlaki, a member and leader of AQAP, as well as Omar Abdel Rahman (the “Blind Sheik”), Ayman al-Zawahiri (the current leader of al Qaeda), and Osama Bin Laden. Further, Kaliebe demonstrated detailed knowledge of various terrorist attacks that were carried out by AQAP/AAS in Yemen, as well as other attacks carried out by al Qaeda around the world.

According to the court filings, during a recorded conversation that took place on June 4, 2012, Kaliebe observed that “the crime that they would charge people like us with” was conspiracy “to kill, maim, and kidnap in foreign countries,” a reference to a federal criminal statute that has previously been used to charge other individuals who departed or attempted to depart the United States in order to fight jihad abroad.

Later during that same conversation, Kaliebe stated that, once he arrived in Yemen, he expected to fight the “Yemeni army” and “those who are fighting against the Sharia of Allah…whether it’s the U.S. drones or the, their puppets, in the Yemeni army…or, who knows, if American agents or whatever, U.S. Special Forces…who they got over there.” When asked if he was afraid to die, Kaliebe responded “I wanna….It’s what anyone would want, any believer would want.” During another recorded conversation, which took place on July 9, 2012, Kaliebe stated that he had been inspired by several sheiks, including “Sheik Osama,” “who showed how he could bring an entire nation to its knees.”

According to the court filings, beginning in approximately July 2012, Kaliebe saved money to finance his travel to Yemen, which he then used to apply for and purchase a United States passport and to purchase an airline ticket to Oman, from where he intended to travel by land to Yemen. During a recorded meeting on July 30, 2012, Kaliebe stated explicitly that he was saving money “as a means to go to Yemen to fight jihad.”

On December 26, 2012, Kaliebe sent an e-mail in which he swore his loyalty to the leaders of AQAP and al Qaeda, respectively, writing, “I pledge my loyalty, allegiance and fidelity to the Mujahedeen of Al-Qaa’idah in the Arabian Peninsula and its leaders, Shaykh Abu Baseer Nasir Al-Wuhayshi and Shaykh Ayman Al-Zawahiri, hafidhahum Allah. May Allah accept this from me and may he allow me to fight in his cause til the day that I leave this dunya.”

According to court filings, on January 18, 2013, Kaliebe reaffirmed his commitment to jihad, telling an NYPD Intelligence Division undercover officer in a recorded conversation that he understood “there’s a way out, but for me, the only way out is [martyrdom].” Additionally, Kaliebe paid homage to several terrorist leaders, telling the undercover law enforcement officer:

On January 21, 2013, Kaliebe’s efforts culminated in an attempt to board a flight to Muscat, Oman at John F. Kennedy Airport in Queens, New York. He was arrested at the airport by members of the FBI’s Joint Terrorism Task Force and the NYPD Intelligence Division. Thereafter, on February 8, 2013, Kaliebe waived indictment and pled guilty to attempting to provide material support to AQAP/AAS and attempting to provide material support to terrorists.

The government’s investigation is ongoing.

“Kaliebe attempted to turn his back on his country and align with radical terrorists. His goal was to travel overseas to wage violent jihad against Yemeni and U.S. forces opposed to al Qaeda. Firmly committed to this plan, he found both inspiration and guidance in the online teachings of al Qaeda leaders, including Osama Bin Laden. While the Internet has made worlds of knowledge available to all, unfortunately it is also used as a platform for al Qaeda and other terrorist groups to spread their poisonous propaganda.

FBI Assistant Director in Charge Venizelos stated, “Kaliebe was equipped to travel overseas and fight jihad abroad. He set the wheels in motion—convinced of his well-thought- out plan—but didn’t get very far. The FBI, along with our law enforcement partners, will seek out those who pledge allegiance to terrorists and terrorist organizations throughout the world, and we will continue to work together to disrupt their evil plans.”

NYPD Commissioner Kelly stated, “The NYPD is concerned about the continuing interest of some young Americans in violent jihad and their identification with terrorist organizations like AQAP. That is why the NYPD Intelligence Division continues to track individuals allegedly evincing support for terrorism, and that is why we worked in close cooperation with the JTTF to apprehend this suspect.”

The government’s case is being prosecuted by Assistant United States Attorney John J. Durham, Seth D. DuCharme, and Sean C. Flynn, with assistance provided by Trial Attorney Kelli Andrews of the Counterterrorism Section of the Department of Justice.