By Tom Duggan on November 5, 2022Comments Off on Lowell Housing Authority Creates Supportive Housing for Veterans By Preserving a Historic Home ~ KANE’S CORNER 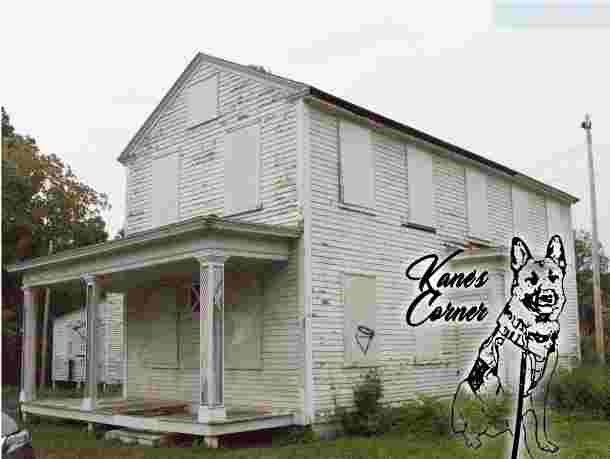 Kane has Exciting Breaking News from Lowell Massachusetts! Executive Director Gary Wallace and Assistant Executive Director Adam Garvey of the Lowell Housing Authority report the LHA will Convert the Historic Hadley House, with an original construction date of 1822 to five supportive housing units for Veteran’s. Gary Wallace reports the Housing Authority started Operation Returning Veterans after The September 11 attacks, anticipating that returning veterans would be in need of housing assistance.

He explained to Kane that veteran’s affordable housing has always been a priority of the Lowell Housing Authority. The Hadley Housing Development is an example of the agencies dedication to providing safe and affordable housing for our service members.

The Housing Authority and community partners are very excited about not only preserving a historical building but providing housing for those who served our country.
Adam Garvey Assistant Executive Director of the Lowell Housing Authority reported after passing legislation in July of 2022, the Lowell Housing Authority will purchase the land from the Mass Department of Environmental Management. The Housing Authority is moving forward with the design and construction of five supportive housing units for veterans. Kane could see that Adam was very excited about serving the veterans in his community with the fundamental need of supportive housing as well as rehabbing a Lowell Historic Landmark. What a unique opportunity for the City of Lowell in general.

Adam Garvey gave Kane a quick lesson on the history of this historic landmark. The Hadley House was originally located on Middlesex Street and occupied by Mr. Harvey Burnett until 1827. The new owner Samuel P. Hadley and his family lived in the house for over 100 years. Samuel Hadley moved to Lowell to run the Middlesex canal.

He was also a selectman and treasurer of Chelmsford, and in 1852 a delegate to the Constitutional Convention. His son, Judge Samuel Page Hadley (1831-1919) was a clerk of the Lowell Police Court from 1857 to 1885 and its judge for another 27 years. Besides being a judge, he also served as a local Historian. The Hadley House was moved in 1990 by the City of Lowell with assistance from the LHPC and a Block Grant to its current location at 719 Broadway Street. The House has been vacant since the move.

Executive Director Gary Wallace praised the Lowell community for coming together to make this project viable. Community partners include the Historical Society of Lowell and the Veterans Administration, and of course the Housing Board for Directors for their unwavering dedication and support. Gary told Kane this was a unique opportunity for community partners to rehabilitate a historical building that has not been utilized for a number of years.

The historical society will work to maintain the historical design especially on the outside of the building. The Veterans Administration will work closely with the Lowell Housing Authority to create a Veteran’s Supportive Housing list for the property. Occupants will be veteran members from our local community.

Kane was intrigued to learn about the community partnership that is making this housing development. possible. He learned that Representative Rady Mom strongly advocated for the Supportive Veterans Housing bill along with Senator Edward J Kennedy that sponsored the bill. Funding from the project will come from City, State, and Local funds as well as grants and other funding sources. Gary told Kane that the Housing Authority has hit the ground running already surveying the property and working with an engineering department and Historical Society on structural restoration and rehabilitation. Kane thought Gary and Adam were excellent networkers and leaders in the community. It makes perfect sense that the housing authority would be the leader in this project with their years of experience in affordable housing.

Gary explained to Kane that the Lowell Housing Authority has a resident services department that will be instrumental in connecting the veteran occupants of the Hadley House to community-based resources including their current relationship with the veterans administration. Wow, Kane was impressed to see the Housing Authority and the community come together for such an important project. Kane thought, today is a good day, I had the opportunity to meet great people doing good in the world. We will keep you posted as the project progresses.