By Tom Duggan on September 4, 2010Comments Off on MA State Auditors Debate on The Paying Attention! Radio Program with Tom Duggan on WCAP, (September 04, 2010) 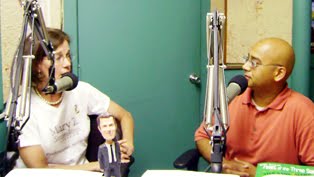 A REAL debate between the two Republican candidates for State Auditor: Kamal Jain ad Mary Z Connaughton was held on Tom Duggan’s Paying Attention Radio Program on September 4, 2010 a the WCAP studios. Jain and Connaughton debated each other in a free styling discussion where they actually talked to each other instead of the moderator… which led to a few heated exchanges towards the end of the debate. This debate lasted one hour.