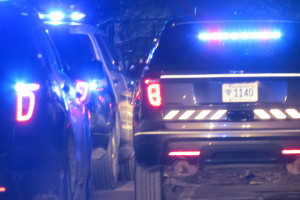 Yesterday, the Troop-A Community Action Team (CAT) of the Massachusetts State Police was out in full force in the City of Lawrence, netting a large quantity of heroin in two arrests.

At about 3:45 p.m., Trooper Brendan Cain of the Troop A CAT stopped a 2011 Ford Edge for motor vehicle violations and defective equipment on Woodland Street in Lawrence.

Trooper Cain determined that the operator, MANUEL MOREL-RODRIGUEZ, 26, of Lawrence, was unlicensed and placed him under arrest. 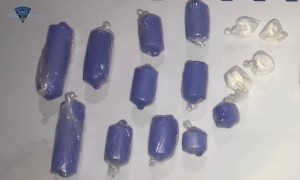 RODRIGUEZ was charged with the following offenses:
1.  Trafficking in over 100 grams of a Class A substance
2.  Possession with intent to distribute a Class B substance
3.  Texting while driving
4.  Marked lanes violation
5.  Defective equipment (cracked windshield)

RODRIGUEZ was held on $100,000 cash bail and transported to Middleton HOC pending his arraignment in Lawrence District Court on Monday.

At about 7:30 p.m., Trooper David Lucas, also of the Troop-A Community Action Team, stopped a 2005 Ford Escape on Lawrence Street in Lawrence for a motor vehicle violation and defective vehicle equipment.  Trooper Lucas determined the operator had a forged driver’s license.  Further investigation revealed approximately 500 grams of a substance believed to be heroin secreted in the vehicle. 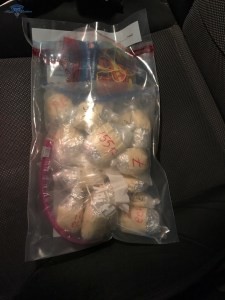 The operator, CARLOS VALDEZ-SANTIAGO, 46, of Dorchester, was placed under arrest and charged with the following offenses:
1. Trafficking in over 200 grams of a Class A substance
2.  Forging a RMV document
3.  Number plate violation
4.  Texting while driving

VALDEZ-SANTIAGO was held on $100,000 cash bail pending his arraignment in Lawrence District Court on Monday.

The Massachusetts State Police CAT team spent most of the night in Lawrence enforcing traffic violations and conducting stops in known high drug distribution areas throughout the night.

Essex County Sheriff Kevin Coppinger contributed a large transport van and a K9 officer to the effort of beefing up law enforcement in Lawrence.

As each trooper made an arrest Friday night, the Essex County transport van  took the suspects into custody, loading them into the van and processing their arrest, so that troopers could remain on the streets longer instead of booking prisoners and writing reports.

*Arrests made by outside agencies in Lawrence are not counted on Lawrence’s crime statistics at COMSTAT.