By Tom Duggan on April 24, 2013Comments Off on Malden Taxi Driver Says he Drove Tsarnaev Brothers With Backpacks 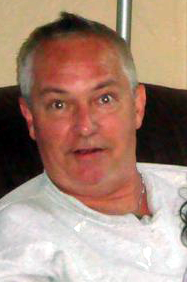 In an exclusive interview with the Valley Patriot last week, Duggan says he picked up the Tsarnaev Brothers at the Malden Central Station in his taxi and drove them into Boston.

“They said they wanted to go to Norfolk Street in Cambridge, which was kind of weird because they were at Malden Station, they could have jumped a “T” instead of taking a cab but I just figured maybe they were in a hurry.”

“They were quiet, they didn’t say much for the first half of the trip,” Duggan says.

“But I try to talk to people, you know small talk, that’s how I make my living. They were just really hard to talk to. Eventually they did talk to me a little but mostly the younger brother with the white baseball cap. Every time I asked him a question though, the older brother would yell at him in whatever language they were speaking.”

Duggan says when they got near Kendall Square, “I asked them if they were going to watch the marathon tomorrow and the older one got angry. He seemed very nervous through the whole trip, he said ‘pull over’. I told him we were really close to his destination and I could take them the rest of the way but he just said again, ‘Pull over, we are close enough.”

Duggan said he asked the two where they were from and they said that they were Chechyn Muslims. 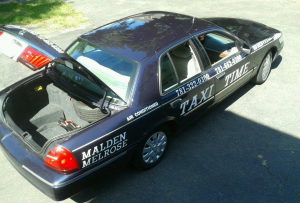 “I told them I didn’t think all Muslims were bad or want to hurt Americans, that it was too bad a few bad apples, you know, made them all look bad in this country. It was strange, though, it was almost like every time I asked the younger brother a question about little things, you know: what did you guys do this weekend, stuff like that, it seemed like the older brother was telling the younger one what to say, or maybe not say. The older brother didn’t really say much at all to me.”

“The older one was rude for most of the ride, and I tried to make it a little more comfortable by chatting with them but it was hard, it was like pulling teeth. The younger one talked about his religion a little, crime in the US stuff like that but it was all small talk. Overall it was a very uncomfortable ride for most of the way.”

Duggan said that they placed two very heavy backpacks in his trunk when he picked them up in Malden.

Duggan says they paid him $38 or $39 and, “I almost drove off forgetting they had their backpacks in the trunk. When I got out and opened the trunk, I tried to grab one of the backpacks and the older brother pushed me out of the way and snatched it out of the trunk. It was heavy, really heavy. I was like: gee Im just trying to help you that’s my job. I couldn’t figure out why he was so mad that I was trying to help him.”

The Valley Patriot did confirm that Duggan spoke with Malden Police and Homeland Security and that the information he has provided will be fully investigated.