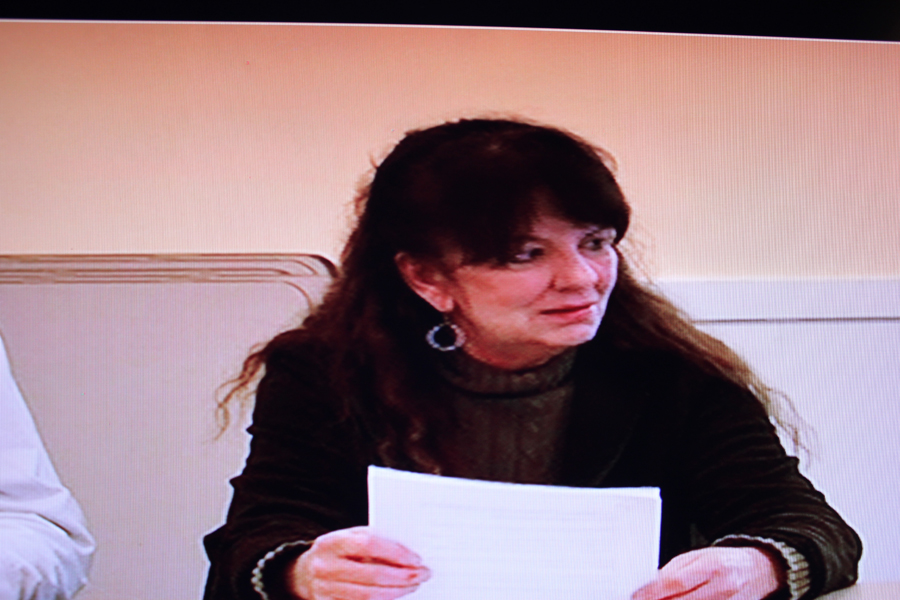 While the local papers detailed multiple articles regarding the most recent incident of Georgetown Housing Authority Member Martha Robertson, the chatter around town about this, and other elected and appointed officials, has been deafening.

One person said it best ‘thank God it was a tree she hit, and not a child.’

You see, for those few who might not have heard, Ms. Robertson is an elected official in the Town of Georgetown, now with her third drunk driving arrest (convicted twice in the past), as detailed in the local papers.

This time, it was just before 12:30 in the afternoon, and on school grounds at Triton Regional.

Stop, and pray for her, now. Pray that she wakes up, dries out, and gets her life together. And resigns.

Yes, just when you thought that perhaps things were settled down at the Housing Authority (see below), where Ms. Robertson has served as chairperson on/off for many years (because, as she explained at one meeting, she gets along with Housing Director Diane Jodoin, while some of the previous members have not), and as the major defender of Ms. Jodoin in all activities (see below), we’re back looking at the Housing Authority again. Ugh!

Yes, most of us have seen it on Channel 9, and certainly suspected it, but few have smelt it up close and personal. At least one member did, and went to the police station following a meeting to have a chat about it, concerned that on her way home someday, Ms. Robertson might present a danger.

‘She stunk to high heaven, you could smell it’, the former board member confidentially related. ‘I was afraid she was going to hurt someone.’

Unfortunately, an elected official under the influence of alcohol and/or prescription medication is not unusual, and doesn’t appear to be illegal in certain circumstances; just stupid.

History Re-Cap: Some might remember Ms. Robertson for her ardent support of director Jodoin who came under fire a few years back for a series of activities. Ms. Robertson was instrumental in more than one meeting to keep Ms. Jodoin protected, and at the helm. For years, despite objections by one lone board member, Ms. Robertson (who lives in a state-subsidized 3-bedroom condex-like apartment at the Housing Authority’s 99 Jewett Street location, with her adult children), allowed the director to use a rubber stamp to affix Ms. Robertson’s name on checks.

It took that sole board member four years to finally get the attention of the State Department of Housing and Community Development, which put an abrupt end to the rubber stamp usage, detailing in writing the inappropriate methods being used by Ms. Robertson and Ms. Jodoin.

Ms. Robertson has supported director Jodoin to the max. That support included not allowing discussions and entry of agenda items from individual members who conflicted with Ms. Jodoin. Ms. Robertson also affixing her signature on several letters to previous board members in a series of blasts which served to divert, delay, and ultimately prevent the calling of a requested executive session to discuss the director’s performance.

Yes, not that long ago, Housing Authority board meetings degenerated to a carnival atmosphere when the meetings suddenly became stacked with partisan heckling, and it became more than obvious that frustrations were boiling over on all sides. It became ‘the best show in town’ on Channel 9.

Despite Ms. Robertson’s efforts in support of Ms. Jodoin, the state eventually stepped in and gave the director a 17 week paid leave (vacation), as they imposed a cooling off period. Ms. Jodoin was then re-instated to her 27 hour per week (apparent flex schedule), $42,000 per year position, with mileage perks.

The big question: will Georgetown re-elect a (three-time) drunkard this spring?