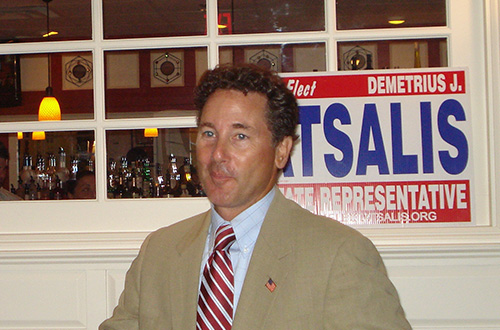 The Enforcement Division of the State Ethics Commission today issued an Order to Show Cause (“OTSC”) alleging that former State Representative Demetrius Atsalis violated G.L. c. 268B, the financial disclosure law, by failing to timely file his Statement of Financial Interests (“SFI”) for calendar year 2012.

According to the Commission’s penalty schedule, Atsalis owes a civil penalty of $700 for filing his 2012 SFI 62 days late.

The Financial Disclosure Law requires elected state and county officials, candidates for state office and state and county employees in designated policy-making positions to annually disclose their financial interests and private business associations by filing an SFI with the Commission each year.

The Commission will schedule the matter for a hearing within 90 days.