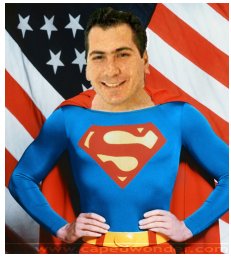 No … it’s Representive David Torrisi (DNorth Andover) coming to rescue the beleaguered taxpayers and business owners of the Merrimack Valley. Joining Rep. Torrisi, in voting against an increase in the state sales tax from 5% to 6.25% was Representative. Linda Dean Campbell (DMethuen).

Unfortunately, our superheroes were roundly defeated by the thieves from the dark side. The thieves prevailed by a vote of 108 to 51.

Amazingly, all of the other (so-called) “representatives” from the Merrimack Valley joined the thieves in piling on. Despite the obvious, gut-wrenching blow this represents to the economy of the Merrimack Valley, five local scoundrels voted in favor of this 25% increase in the sales tax.

Sometimes economic projections are tricky, but not in this case. The only economic benefit that will come from this travesty will be road construction for the 8-lane highway needed to support shoppers going to and from New Hampshire.

The Merrimack Valley will suffer immensely: very few new businesses, existing businesses closing, fewer and fewer job opportunities, and our most productive citizens (and new graduates) fleeing the area for economic opportunities in other states.

What’s next? State Police inspections of our vehicles when we return to Massachusetts? A federal imposition of state taxes on Internet sales? Will a “federal surcharge” on Internet sales be far behind? Do you feel cornered?

It is time to fight back. Below is the list of your local turncoat politicians. Call them and tell them exactly what you think of their shortsighted vote that will decimate our economic future.

(617-722-2877) for their no votes while telling them you expect them to wage a serious fight against this looming man-caused disaster – not just bask in the glory of a vote that they knew would not impact the outcome.

Massachusetts government is awash in tax revenue with more and more pigs (Oink! Oink!) lining up at the trough every day.

Don’t be fooled again. It is time to put the special interest swine on a strict diet … maybe even getting their stomachs stapled!