By Tom Duggan on July 24, 2015Comments Off on Massachusetts Man Ali Al Amriki, Charged in Connection with Plot to Engage in Terrorism 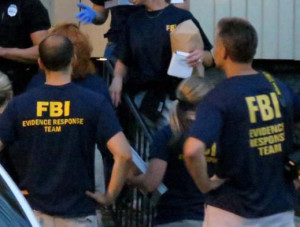 An Adams, Massachusetts, man has been charged in an indictment in connection with a plot to engage in terrorism on behalf of ISIL. The announcement was made by Assistant Attorney General for National Security John P. Carlin, U.S. Attorney Carmen M. Ortiz of the District of Massachusetts and Special Agent in Charge Vincent Lisi of the FBI’s Boston Division.

Alexander Ciccolo, aka Ali Al Amriki, 23, was charged by a grand jury in U.S. District Court in Springfield, Massachusetts, with one count of being a convicted felon in possession of firearms and one count of assault with a deadly weapon and causing bodily injury to a person assisting an officer of the United States in the performance of official duties. The latter charge stems from Ciccolo’s alleged attack of a nurse during a jail intake process after his arrest.

According to evidence presented at a previous detention hearing, on July 4, 2015, Ciccolo took delivery of four firearms which he had ordered from a person who was cooperating with members of the Western Massachusetts Joint Terrorism Task Force, and who had been communicating with Ciccolo about Ciccolo’s plans to engage in a terrorist act. Ciccolo was arrested immediately after taking delivery of the firearms, which included a Colt AR-15 .223 caliber rifle, a SigArms Model SG550-1 556 rifle, a Glock 17-9 mm pistol and a Glock 20-10 mm pistol. Ciccolo had previously been convicted of a crime punishable by more than a year in jail and therefore was prohibited from possessing firearms.

The government alleged that Ciccolo is a supporter of the Islamic State of Iraq and the Levant (ISIL), a designated foreign terrorist organization. Ciccolo had spoken with a cooperating witness in recorded conversations about his plans to commit acts of terrorism inspired by ISIL, including setting off improvised explosive devices, such as pressure cookers filled with black powder, nails, ball bearings and glass, in places where large numbers of people congregate, such as college cafeterias. Prior to his arrest, agents had observed Ciccolo purchase a pressure cooker similar to that used in the Boston Marathon bombings.

During a search of Ciccolo’s apartment after he was arrested, agents found several partially constructed “Molotov cocktails.” These incendiary devices contained what appeared to be shredded Styrofoam soaking in motor oil. Ciccolo had previously stated that this mixture would cause the fire from the exploded devices to stick to people’s skin and make it harder to put the fire out.

Shortly after his arrest, while he was being processed at the Franklin County Correctional Center, Ciccolo stabbed a nurse with a pen, leaving a bloody gash on the top of the nurse’s head.

Based on these alleged facts and evidence presented at Ciccolo’s detention hearing on July 14, 2015, Magistrate Judge Katherine A. Robertson of the District of Massachusetts ordered that Ciccolo be detained until trial.

This investigation is being conducted by the Western Massachusetts Joint Terrorism Task Force. The case is being prosecuted by Assistant U.S. Attorneys Kevin O’Regan and Deepika Shukla of the District of Massachusetts and the National Security Division’s Counterterrorism Section.

The details contained in the indictment are allegations. The defendant is presumed innocent unless and until proven guilty beyond a reasonable doubt in a court of law.

Massachusetts Man Ali Al Amriki, Charged in Connection with Plot to Engage in Terrorism added by Tom Duggan on July 24, 2015
View all posts by Tom Duggan →