By Tom Duggan on July 16, 2015Comments Off on Massachusetts’ Public Record Law One Step Closer to Reality 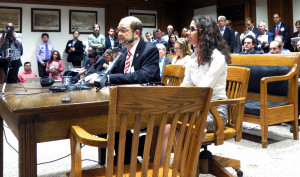 BOSTON – Next Wednesday, the state’s public records law will be one step closer to being a real law with real penalties, after forty years of being merely a suggestion for public officials to turn over public documents when requested.

MGL Ch. 66 mandates that public agencies turn over public documents within ten days when requested by the public,  but the law has no penalty for those who violate it.

The proposed changes to the law will reduce the cost of accessing records to a maximum of five cents per page, will fine public officials every day that they do not turn over the records and reimburse those who have to seek court action to get access to public documents.

According to the State House News Service, the new public records bill would also prevent agencies or municipal governments from charging search and production fees unless it requires more than two hours of work. It also requires agencies, cities and towns to have a records access officer to serve as a point person for responses to requests.

Once the bill is reported out of sub-committee the full house is expected to take up the measure before the end of the year and will require the signature of Governor Charlie Baker.

PRIOR PUBLIC RECORD STORIES IN THE VALLEY PATRIOT