By Tom Duggan on January 16, 2013Comments Off on MassDEP Penalizes Yankee Environmental Services of Billerica $35,625 for Asbestos Violations on Babcock Street in Boston 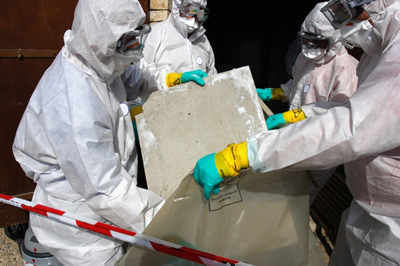 BOSTON – The Massachusetts Department of Environmental Protection (MassDEP) has penalized Yankee Environmental Services $35,625 for asbestos violations that occurred during an asbestos removal project on a structure located at 278 Babcock Street in Boston.

Yankee Environmental is a Massachusetts-licensed asbestos contractor with an office at 29 Esquire Road in Billerica.

On July 26, 2012, Yankee Environmental notified MassDEP of its plans to conduct asbestos removal on the interior and exterior of 278 Babcock Street. On September 9, 2012, Yankee Environmental reported that the asbestos work area containment had been breached due to high winds in the area. On September 10, 2012, MassDEP performed an inspection of the site and determined that workers had improperly removed and handled asbestos-containing materials.

MassDEP also determined that work conducted at the site was creating visible emissions to surrounding air due to improper operation of air-cleaning machines and breaches in the asbestos-containment area.

As a result of the violations observed by MassDEP, Yankee Environmental will pay $20,000 of the penalty and the remaining $15,625 will be suspended, provided Yankee complies with the asbestos regulations for the next year.