By ValleyPatriot on August 27, 2017Comments Off on ‘Master Of None’: The Best Show You’re Not Watching ~ TV TALK WITH BILL CUSHING 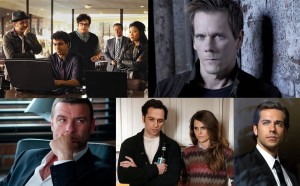 Today’s TV landscape offers many choices for the discerning viewer. So, while it’s understandable that some shows get overlooked by many people, it does surprise me when an excellent show of high quality isn’t watched more.

Netflix’s Master of None is one of those shows. I talk to a lot of people about TV, and I was surprised when I discovered that virtually everyone I asked wasn’t watching this superb comedy series.

The series is the brainchild of comedian Aziz Ansari. Ansari created, produces, writes, and stars in it. Season 1 of Master of None was very well reviewed by critics and even won the Critic’s Choice Award as best comedy series.

As good as season 1 was, season 2 was even better. In season 1 we were introduced to 30 year old New York actor Dev Shah (Ansari), and his friends Denise (Lena Waithe), Brian (Kelvin Yu) and Arnold (Eric Wareheim). We also get to meet his charming parents, played by Ansari’s real life parents. Season 1 showed Dev as he struggled to find steady work, and a steady relationship.

In Season 2 we find Dev in Italy taking a break from NY. The season opens with the wonderful episode “The Thief,” that shows Dev’s life in Italy, and is filmed entirely in black and white. In fact this season has several standout episodes that I would put right up there with some of the best episodes of TV I saw all year. “New York, I Love You” tells three loosely linked stories about three different people living in the city: a doorman, a young deaf woman, and an immigrant cab driver. The portion of the episode about the young deaf woman named Maya is brilliantly filmed completely without sound, using sign language and subtitles to convey her experience as a deaf person.

Thanksgiving” is a coming-of-age tale spanning 22 years that follows Dev’s childhood friend Denise (a terrific Lena Waithe) and her road to coming out as gay to her family. Both installments are beautifully shot and deeply humane, focusing on characters of color whose stories rarely appear in TV or film, in part because of their ability, sexual orientation, or socioeconomic status.

In “First Date,” Dev goes on a bunch of Tinder dates and slowly comes to realize that the woman he really wants to be with, Francesca, is engaged to another man. Francesca (Alessandra Mastronardi), his Italian friend, looks as if she’s stepped straight out of a classic Italian film from the 1960s. They’re great together, like a lot of the same things, and laugh at the same things. Dev clearly has feelings for her, and she feels the same for Dev, but she’s engaged.
Ansari’s Dev is still unquestionably the heart and soul of Master of None. But there are episodes like the aforementioned “First Date,” and “New York, I Love You,” where he lets other characters take control of the spotlight. By doing so, Ansari is reminding viewers that it’s okay to be curious about the lives of others. Ansari is a charismatic and lovable performer who can easily carry the show on his own. That he chooses not to, is exactly what makes Master of None so special.

Master of None also has something that is becoming increasingly rare in TV today, likeable characters. Lately it seems TV is full of anti-heroes and unsavory and loathsome main characters. With Master of None, you get characters that you can really care about and root for.

Both seasons of Master of None are available to stream on Netflix.

‘Master Of None’, Bill Cushing, The Best Show You’re Not Watching, TV TALK WITH BILL CUSHING