Activity in 2015 dropped significantly from 2013, when $8.8 million was spent and $8.5 million was raised in a year with a Boston mayoral election without an incumbent.

The complete 2015 mayoral spending study is available by clicking here.

The study is limited to those candidates who were on the ballot in the November elections in cities and does not include those who were eliminated in preliminary elections. 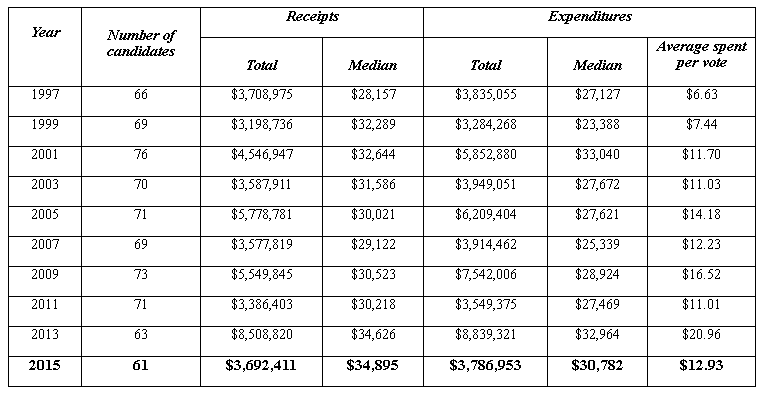