By Tom Duggan on August 4, 2015Comments Off on Methuen Candidates for City Office Turn in Nomination Papers 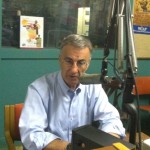 In order for any candidate for public office to have their name appear on the ballot at election time, they must get nomination signatures by voters in their respective districts. Voters in each city in Massachusetts will hold primary elections in September and final elections in November of this year. Winners of the municipal elections for city council, school committee and mayor (in cities where mayoral terms are up) will take office in Januray.

In Methuen, second term mayor Steve Zanni (70 Sevoian Drive) has no opposition on the ballot this year. Zanni, a former city councilor and school committeeman will run unopposed unless someone challenges him in the primary on a write in or sticker campaign.

For At-Large (City Wide) Representative on the City Council in Methuen, five candidates have turned in nomination papers and qualify to be on the September ballot. Two incumbent, at-large councilors (Jajuga and Grayton) turned in papers, and three challengers including Sean Fountain who is finishing his term as a West End Councilor and is now running city wide.

In the Central District, incumbents Jamie Atkinson and Lisa Ferry are running unopposed, but can be challenged with write-in campaigns by residents who want their names to appear on the November ballot.