By ValleyPatriot on March 29, 2016Comments Off on Methuen High Graduation Moved Back to Nicholson Stadium 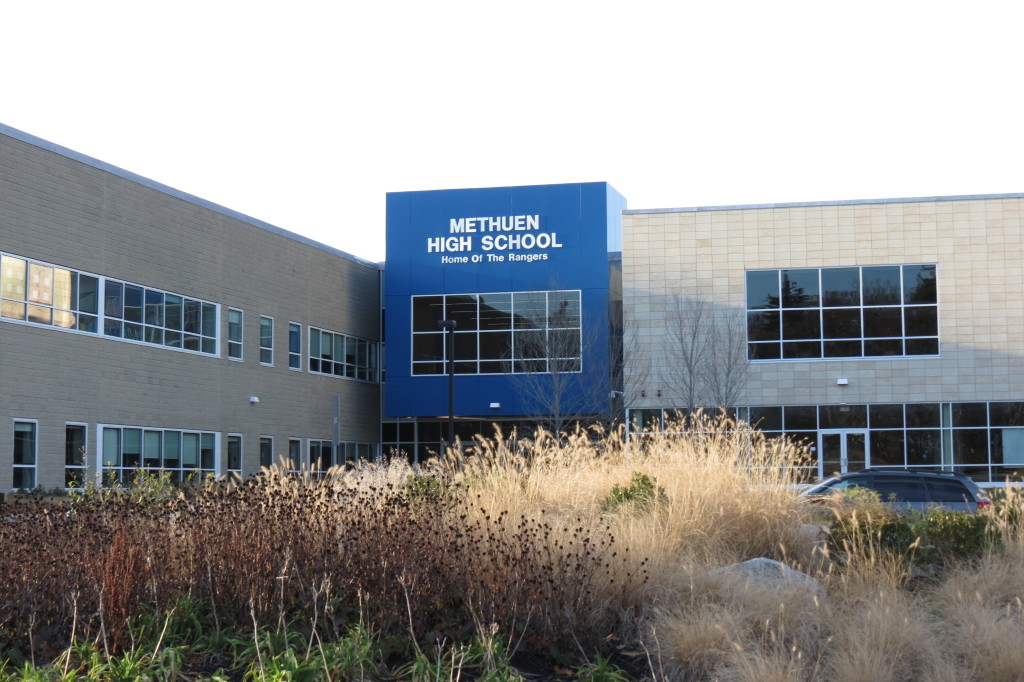 The month of February witnessed a lively debate on social media among parents, community members, and high school seniors regarding which venue should be used for this year’s Methuen High School Commencement ceremony. The Methuen High School Administration and the Mayor originally scheduled the June Graduation exercises at the Tsongas Arena in Lowell. There were many good reasons for doing so: 1) It contained abundant seating; 2) The date would not be impacted by adverse weather; and 3) It had a sound system that served the needs of the ceremony. In addition, many parents and community members reported back favorably regarding last year’s ceremony that was held at the Tsongas Arena while renovations were being done to Nicholson Stadium.

After much discussion via E-mail, social media, and at local government meetings, it was decided by Superintendent Judy Scannell and Mayor Steve Zanni that the Graduation Ceremony will be moved back to Methuen. Many Methuen residents expressed their feelings that it was important to keep the tradition of having Commencement here in the City and that since the renovations had been completed it was time to bring it back.

Although the Methuen School Committee was not initially polled on where to have Graduation, several parents and seniors from Methuen High School contacted me to express their desire to have Commencement in the City and at the Stadium. I pledged to support their effort in this regard early on and I am pleased to report that their grassroots mobilization has been successful. I must acknowledge though that there were some strong arguments for and advantages to having it at the Tsongas Arena as well.. The Methuen High School Commencement for the Class of 2016 will be held in Methuen at Nicholson Stadium on Friday, June 3rd with a rain date set for Saturday, June 4th.

On another note, at the February 8, 2016 Methuen School Committee meeting members of the Methuen School Committee did vote to adopt a new Program of Studies for the 2016-2017 school year adopting the Massachusetts Curriculum Frameworks, incorporating Common Core into the Methuen High School curriculum. Specifically, the 10th grade American Literature I course has been replaced with a new course called The Rebel In Literature. The title itself should raise a red flag (quite literally) and it does! It was my contention that this proposed change would phase out classical American literary giants Nathanial Hawthorne and Edgar Allen Poe and replace them with the more contemporary authors Julia Alvarez and Amy Tan.

Methuen School Committee members were told that the new course will allow “variation” and flexibility” and that two years of American Literature without a “global perspective” does disservice to our students. We were further told that the current curriculum, which has worked well for more than 50 years, is sometimes “too dry” for students. This new proposed course, The Rebel In Literature, is being driven by the MHS Leadership Team and constitutes the Common Core curriculum in disguise. It is simply a “dumbing down” of our curricula standards in my view. Finally, this new course “encompasses all genres, including works from authors writing in the midst of social, political, or personal upheavals.” It sounds like we are educating for the New World Order here. We are replacing the current emphasis on what made America great (The Declaration of Independence and The Federalist Papers) to stressing a “global perspective” and imposing political correctness.

I wrote about this extensively in my column last month and members of the Methuen High School Administrative Team promised to retain the study of the classical works in the curricula while incorporating some new contemporary works. I voted against the proposal, but we will see how it works this coming year. I certainly appreciate that the High School Administration is attempting to keep the classics. I expect that additional curriculum change proposals will be coming to us next year and we need to be prepared to oppose them if they involve the adoption of Common Core standards. I will be watching and I will keep the Valley Patriot readers posted. I have always been and will continue to oppose Common Core in all its forms. Our students are not a social experiment. We should not replace high standards and rigor with courses that allow “variation” and “flexibility.” The current courses work because they teach our students advanced vocabulary, grammar, writing skills, and critical thinking.