By ValleyPatriot on September 24, 2014Comments Off on Methuen High Students Find Success Through LARE Institute Program 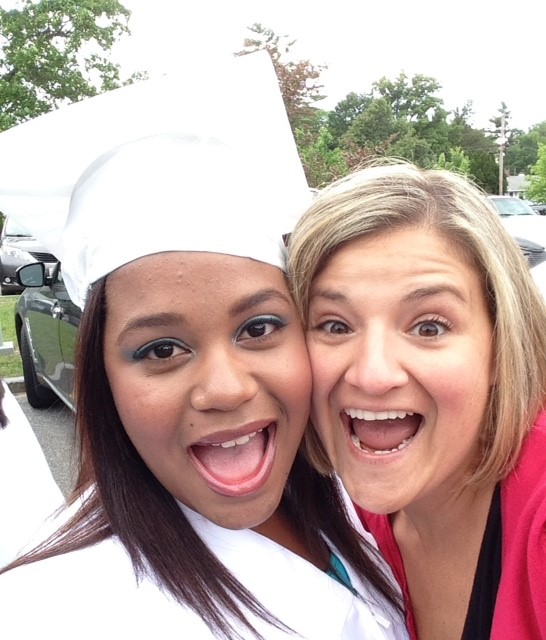 Good grades were something Valeryn Polanco, 18, had always worked hard to earn. So when those grades started sliding her senior year at Methuen High School, leaving her in danger of not graduating on time, Valeryn sought out an opportunity to turn things around.

She, along with nine of her classmates, enrolled in the Senior Success Program, an opportunity made possible through a partnership between LARE Institute and Methuen High School and funded by a grant from the Merrimack Valley Workforce Investment Board.
Through the program, ten seniors, all of whom were in danger of not graduating on time, transformed their transcripts, their self-esteem, and their futures.

“For some their GPA’s were low, some had poor attendance, others had missing credits, and some had personal issues,” said Carol Sholik, grant coordinator for LARE and program liaison. “We worked with the school to identify the most willing and motivated students.”

Sholik said the ten students who were selected to participate, were just the right fit.

“It felt right from the get go. There was so much untapped talent in our group of students,” she said. “These students wanted to graduate on time. They wanted to walk with their class. That was always loud and clear.”

In February, Valeryn and her classmates began the program, which consisted of after school tutoring and STEM (science technology, engineering and mathematics) exploration at the high school with science teacher Melissa Tobin, as well as the exploration of three occupational areas at LARE Institute. Just months later, the students completed internships in their fields of interest and finished the program.

All ten students graduated from the program and from high school on time, walking proudly across the stage with their classmates. The students worked together to raise their GPA’s, credit counts and attendance, finishing the program in June with GPA (Grade Point Average) growth of as much as one whole point.

“I feel more confident after the program,” said Valeryn. “Now I can have a career.”

“The programs here are great and they can help me find a job,” she said of choosing LARE Institute.

Valeryn shared her future plans to pursue her passion for nursing. She said she plans to earn her certification in medical assisting this year and put herself through college for nursing starting next year.

“This was a great opportunity,” she said of the program. “I had a great time working with great people. I would definitely recommend it to others.”

LARE Institute Director Sheryl Scannell said they hope to offer the program again in the future.

Valeryn and her classmates were recognized by LARE Institute in July in a celebration of their hard work.

“We held the Luncheon Celebration to honor them and their accomplishments and bring everyone involved together,” said Sholik, noting the efforts of the LARE team, Tobin, Methuen High Guidance Director John Crocker, and many others.

Among the ten participants, two were hired at their internship sites, four will begin attending LARE Institute this month, three began classes at Middlesex Community College, and one moved to Salem, Mass. where she is working with a career center there for further training.

“When they started the program, I looked at them as students who were gravely in need of intervention and assistance. Now, at the end and completion, I look at them as young successful adults with very bright futures ahead of them,” said Sholik. “They’ve become a family.

“We made it clear to them that we will always be here for them. We always have an open door.”

To find out more about LARE Institute, a division of American Training, the programs they offer, and how you can benefit from their services, go to americantraininginc.com.