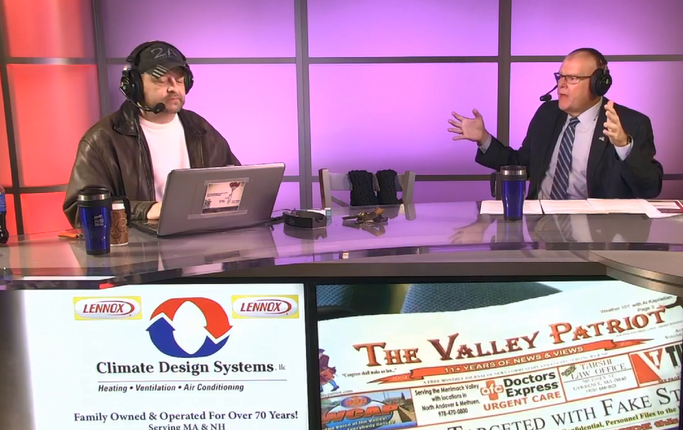 THE FUTURE OF THE LOOP

“I have been chasing the managers of the loop hard because I think the answer there is in the entertainment field. I have personally offered to charter management to solicit groups like Wamesit to get them there. Because, I think something like that would be a big hit in the city of Methuen. We have a lot of kids, and the property values are going up. I remember what was in Tewksbury before Wamesit lanes was there, a crappy old motel with prostitutes and drug addicts.”

“People there said Wamaset would never work. Look at it now; the place is stocked out, they have virtual golf, the bowling, the entertainment, and food. It’s a little different than bowling when we were growing up it’s more like an entertainment experience. We need something like that in this city. I don’t just mean Wamesit, I am using that as an example of the type of businesses we are looking for. So, I’m all out for lobbying for that.”

“I think the Loop has a future. I really do. They are attracting some businesses, there is some work being done over there and I’m optimistic. We are jointly concerned with the long term viability of the place and I have to do my part to make sure we get as much help from the state so that we are looking for the right kind of tenants for the loop, or even other places in the city.”

Perry said that he would be replacing Tom Lussier – his former Director of Strategic Initiatives – after the city council cut his pay out of the city budget, effectively forcing Perry to lay him off. Perry said he needs someone working in his office to help him bring new businesses to the city. City councilors only cut Lussier’s pay at budget time because he is the husband of former Mayor Sharon Pollard and some councilors have personal animosity towards the former mayor.

Mayor Perry says that in order to bring businesses to Methuen he needs the cooperation of the city council and that the political rhetoric at meetings does not help.

RELATIONS WITH THE COUNCIL

The contentious relationship between the mayor and the council has been “bumpy” over the last year, Mayor Perry admits. He also says he wishes the council would focus more on getting things done for the city. He expressed his frustration with some councilors who attack him at the meetings with what he says is “false information”. He also admonished the Eagle Tribune for publishing false information and refusing to retract it once he has shown them their report was wrong.

Councilor Finocchiaro admonished the mayor at a city council meeting last month for making public comments in the media about the Inspector General’s report (on the police department).

“I had a councilor (Jessica Finocchiaro) at the last meeting start debating me on what I’ve said about the police department publicly. All I had said since the Inspector General Report came out is one comment. It came out that day, and I sit here and say on my children I have said nothing else since.”

“A councilor sat there the other night and called me a liar. The quote was; ‘I don’t want to call you a liar, and I don’t want to go back and forth, but….’ she then proceeded to call me a liar and go back and forth. She did that so the inference is there for the public. And that’s not the first time that’s happened. During the budget, a comment was made (by Councilor Finocchiaro) that “you are an over-spender”, and I had to refute that. But, these comments are made for public consumption and they are false. I am trying to engender accountability in local government.”

“This mayor put a million bucks aside because I understand it’s been a difficult time for the citizens of this city. This mayor cut his own pay. This mayor didn’t take a stipend. This mayor is doing everything in his power to give back. This mayor put aside, and gave out $200,000 of CARES money for residential rental assistance. This mayor wrote checks to give license refunds to the eateries in the city because they took it on the chin.”

Perry also said that he meets with councilors privately on a regular basis to discuss upcoming issues facing the city, but noted that Councilor Finocchiaro was deceiving people to think something nefarious was going on in those meetings, especially with regards to the vote for council president.

“I assume she is alleging some sort of back room deal was struck. If you are naïve enough to think I am meeting with councilors to talk about who is going to hold the council chair position, then you are more naïve than this non-political mayor.”

“I meet with every councilor, once every two weeks, except for Councilor Finocchiaro – and that is by her choice, not mine. So, there have been claims (by her) that I have intimidated her, physically or otherwise, and that I did some unlawful activity. That’s not true. Then the other night she made the statement that I am not going to call you a liar or go back and forth…. and then she called me a liar and went back and forth. The public needs to understand that, whether it’s Steve Saba or Jessica Finocchiaro who is council chair, I do not care and I don’t get involved. It makes no difference to me. I will work with whoever they decide to elect. I did not get actively involved in who got elected last year. Nor did I get actively involved in who got elected this year. Nor does it matter to me.”

Perry says that some councilors use the council meetings to try and embarrass him. As one example, he pointed to the City Council changing the order of items on their agenda the day it was revealed that he was not giving hazard pay to teachers.

“Now, I will say (ask) publicly, was the city council agenda moved around the other night to embarrass me? Absolutely! I’m naïve as a politician, but I’m not naïve. But, I wish we could put that all aside. The citizens of this city are ready for change. We’ve got bigger fish to fry.”
“Another claim that was made publicly is that we never used this blended rate for the commercial and residential tax rate. You’ve got to be kidding me! Don’t take this mayor’s word for it, it’s been like that for ten years! Yet, a statement is made out there for public consumption that this is the first time we’ve ever done it this way. No, that’s factually not true.”

Perry says that one of the obstacles to getting his job done is the misinformation that people get from the daily paper. He pointed out a number of things that he says have been falsely reported that were never corrected even after he gave them the right information.
“Look at the DPW situation that was wrongly reported by the Trib. And I say this candidly, I know the truth. I know the facts, I know the discipline. I am the one who gives out the discipline. About eight-tenths of what was in that story in the Trib was wrong. So, where’s the retraction? Where is the responsibility of journalism to come out and say we booted it (got it wrong)?”

“Now the hazard stipend I gave out has replaced the IG report on the front page again the other day, there I am and it’s wrong.”

“But the Trib still should have gotten it right.”

“In the paper the other day, they said Chief Solomon got the hazard pay. No he did not. Nor did the fire chief, nor did the mayor. But that was in the Tribune.”

Mayor Perry says that he is going to run this year for a second term, but that he will not seek another term after that. The Methuen charter limits the mayor’s position to three, two-year terms. Why make the decision now to limit himself to two terms?

“I have to admit, there are days when I think about whether or not I should be running again (this year), but I think the city does need consistency. There are things that the pandemic impacted that I haven’t been able to get done, that I committed to do. But, I’m not running for three terms. I would say this, it’s a difficult job and it wears on you physically and mentally. I’m no spring chicken. I probably shouldn’t have said I won’t run for a third term but that’s where I am now.”

“I say candidly I haven’t done a perfect job as mayor in the first year. It’s been a learning experience for me and I have made mistakes but I have also done some really good things for the city. I intend to keep that going here in the second year.”

GOALS FOR THIS YEAR

Perry says he has started working on a capital improvement plan adding that he hopes to have it done by the end of the year.
“We need to buy new police vehicles; the last time we bought was 2017,” he added.

Perry also says he is “dusting off the Collins center plan,” as he wasn’t able to do that last year because there was no money.
“But, we are going to prepare it this year and see what the situation is and try and make a common sense decision.” ◊