Manzi: It was Zanni’s Call to Spend Reserves
But Prior Council was Calling the Shots 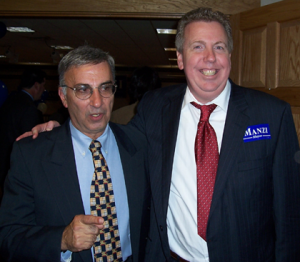 In an Exclusive interview with the Valley Patriot, Methuen Mayor Steve Zanni discussed the downgrade of Methuen’s bond rating by Moody’s Investment Services.

“The downgrade to A2 reflects the city’s negative financial position which has maintained slim liquidity and reserves below 2% of revenues for the past five years. The rating also incorporates the sizeable tax base with average socioeconomic indicators and a manageable debt burden benefiting from a high level of commonwealth school construction aid.”

“Overall, for a number of years we have had an A1-negative rating and all our reserve accounts have been very low,” Mayor Zanni said.

“If you recall, two or three years ago, the $1.5 million was taken out of reserve for the tax purposes so, that depleted most of that reserve account down to nothing.  So, over the past year we have been building up the reserves. I haven’t touched that money at all.”

Zanni says the City of Methuen’s reserve fund has grown to almost $900,000 and says he wants to continue into next year so that when the city goes back to Moody’s they get the A1 rating back without a negative impact.

“I don’t think so, I don’t think this will affect the campaign at all. It’s something that has existed for a number of years before I was mayor. I don’t see any reason why it should. Again, it’s a bond rating. The council is aware of it, and at the end of the day we have to build up the reserve and not use that money for other purposes. So, I think it is important that we can reach a point where Moody’s looks at us as very stable, which we are right now.”

Former Methuen Mayor Bill Manzi said on WCAP’s Paying Attention Radio program that the ultimate decision to spend down reserves was Mayor Zanni’s call and said that Zanni did not exactly inherit the problem.

“I think the city is on the right track to rebuilding these reserves, it’s a better step than spending down reserves, which is what the (prior) city council did,” Manzi said.

Manzi said that when while Zanni was mayor-elect he left the decision up to Zanni because he was going to have to live with the consequences.

“The mayor-elect at the time said it was not his personal preference but the city council had pretty much tied his hands.”

Mayor Steve Zanni was a city councilor prior to being mayor.

“The last budget that I submitted called for an additional million dollars in reserves,” Manzi said no WCAP.

“The last year, there was a big fight, and if you go back and look at the record I told the council ‘if you do this (reduce reserves) it’s going to endanger the city’s bond rating.’”

“At that point, Mayor Zanni was the mayor-elect and the mayor determined… I made it his call when we were setting the tax rate, I said, I would not sign off on it unless the mayor-elect agreed that it was what he wanted to do. And he signed off. So, that hit in that last budget was a substantial one to reserves, and one that the city council said either you do this, or we will not pass the tax rate.”

“So, the effort there was to do what I call ‘subsidize the tax rate’. We created an artificially lower tax rate that does not address our budgetary expenditures. So, in other words, if you vote for $50 million in spending in July, my position is that you have a moral obligation to raise $50 million in tax revenue. If you are going to spend $50 million you ought to be ready to tax $50 million. The city council wanted to tax $49 million.”

“The mayor and (present) city council deserve a lot of credit they dedicated the meals tax money to the reserves for all the reasons we are talking about here. But if you remember, I operated without that revenue. We had the single largest unused tax revenues in the stat, but the council chose to go in a different direction.”