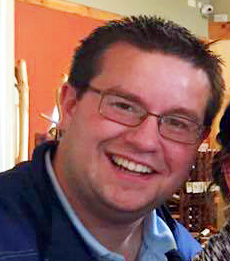 Last month, we learned at an open meeting that whistle-blower Ian Gosselin – the business manager of the Methuen Public Schools – told School Committee member Nick DiZoglio in early 2018 that school finances were out of whack and that the budget numbers were fake.

He did, however, tell Mayor Jajuga and outed whistle-blower Ian Gosselin to the mayor.

AFTER BEING TOLD, NICK WAS SILENT

On February 12, 2018 the Methuen School Committee held a financial discussion at the end of a 2 hour meeting.

Committeeman Nick DiZoglio asked no questions about finances despite having been informed of serious concerns by Ian Gosselin.

In fact, when the topic of monthly financials came up, it almost slipped by as the mayor went through the paperwork and neither the mayor nor Nick DiZoglio asked any questions.

This is very troubling knowing that Ian Gosselin had just come to them with concerns.

When School Committeeman Jana DiNatale requested to back up the conversation and started asking questions about the school’s deficit, again Nick DiZoglio said nothing and in fact, eventually got up and left the meeting without explanation.

At no point during the meeting did DiZoglio inform the committee of the serious concerns he had been told about. When DiNatale raised the issue DiZoglio didn’t share the concerns or confront Judy Scannell about what he knew were misrepresentations or outright lies.

DiZoglio’s silence deprived the committee of stopping misconduct and illegal spending at that point; with his silence he allowed it to continue for months.

Months where the school committee could have done an investigation and stopped the excessive and illegal spending. He could have saved the city all the heartache and turmoil if the committee had just been told.

On March 12, 2018 a budget discussion took place where – again – Nick had nothing to say about the illegal spending and the lies being told by Judy Scannell.

In fact, about 32 minutes into the meeting DiZoglio blames the budget deficit on “Special Education mandates”, despite the fact that Gosselin told him about deceitful practices that were putting the district in jeopardy.

DiZoglio then says “I’m not blaming this on the Superintendent”.

This is a shocking and dishonest statement now that we have learned how Gosselin had just told him about misspending.

By the time we get to the meeting where the entire committee knows that Judy Scannell has been lying about having her certifications, School Committeeman Jana Zanni Pesche and Jana DiNatale both advocated for termination of the Superintendent.

Nick DiZoglio did not.

The fact is, Judy Scannell was overspending by hiring staff that the city couldn’t afford, all the while she was lying to the city council and the public claiming there was no budget shortfall, and that she had a plan to bridge the gap.

School Business Manager Ian Gosselin tried to blow the whistle and save the district.

He did what he was supposed to do. He informed a member of the school committee, risking retaliation from the political insiders.

Nick DiZoglio and Mayor Jajuga did not do what they were supposed to do.

They hid that information from the committee and the public.

They continued protecting Scannell for months, including voting against her termination, hiding her actions and information until Gosselin revealed it publicly just last month.

It took 18 months to find out what Judy Scannell was up to thanks to the silence of Nick DiZoglio and Jim Jajuga. Even during the discussion about her termination, which both Jajuga and DiZoglio refused to support.

As if all this wasn’t bad enough, after Gosselin brought to light the fact that he told DiZoglio about Scannell’s misspending, Jana DiNatale called DiZoglio out on Facebook.

This touched off a back and forth between the two school committee members where DiZoglio seems to try and deflect his culpability.

“Nicholas DiZoglio, there is no way you can turn this wrong into a right,” DiNatale posted.

“There is no twisting this utter lack of transparency and breach of duty into anything that looks like good governing.”

“You never shared the business managers concerns with the committee and it was your duty to do that. You never shared the concerns at the next meeting or any [meeting] thereafter – and I know because I went back and reviewed each one and made extensive notes about every discussion and decision that would have been different had we all known about the concerns.”

“We could have started an investigation or audit way back in February 2018 had you not sat there and kept essential information a secret. We could have potentially saved hundreds of thousands of dollars – if not millions.”

“As I just told you when you called, I am frankly outraged at how you violated the public trust, prevented us from doing our jobs, and denied us an opportunity to do what we should have done right then – the investigation and audit that would have gotten us back on track.”

To which, DiZoglio responded in part:

“I would like to clarify that the business manager came to me worried about the spending. I went to the chair and the superintendent to address that. I then brought it up at the next meeting in February or March. I believe now after I look at the minutes it was the March 12 meeting, not the February 12 meeting. When the deficit numbers were growing. So, from my convo (SIC) to that meeting, there was no hiding anything. I was protecting the business manager from any retaliation or insubordination occurring with his boss. For you, Jana DiNatale to say I withheld information is very miss leading (SIC). I can’t count the amount of times that you had private conversations with staff and not brought it directly to the committee.”

DiNatale shot back: “And as to your statements above, I reject them. I have NEVER withheld information. I have NEVER not shared relevant or pertinent information with the committee. Any conversations I have with staff and/or legal about committee business are either shared at the next meeting or completely de minimus. Your comments above are outright lies and way out of line.”

“There is one irrefutable fact at issue here: you withheld essential information, and that lack of transparency had disastrous consequences. You substituted your judgement for the committee’s, and that was not your duty – and in doing so you immeasurably hurt the taxpayers and our schools. So to answer your question, yes, you should step down.” ◊