By ValleyPatriot on March 30, 2015Comments Off on Methuen Stadium Funding Saga Ends, New Beginning for Students 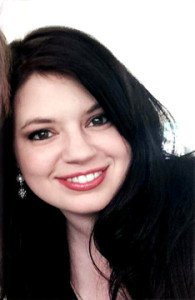 The Methuen Stadium Renovation Saga began in 1986, and seems to have ended this week, though many can hardly believe it. After a sudden turn of events, the City Council passed a last minute “7 Point Stadium Financing Plan” Monday, after a similar plan failed the week before.

DEPLORABLE CONDITIONS FOR STUDENTS: The Stadium violates Title IX, a federal law that requires girls and boys to have equal facilities. Since there’s only male locker rooms, girls change in cars in the parking lot. The Stadium also violates the American Disabilities Act (ADA), by not being handicapped accessible. Experts believe these violations and the dangerous conditions of the stadium puts the City of Methuen at serious risk for lawsuits. The 1,500 sq ft. clubhouse serves over 4,000 students, and hasn’t been updated since 1938. Team meetings are held in a dingy shower room. The fields are uneven, compacted into a hard surface, and some areas have broken glass underneath. The visitor bleachers are rusted and unstable. Proposal 1 was designed to fix these issues by building a new clubhouse with female locker rooms, turning the old clubhouse into ADA compliant bathrooms, installing turf and new bleachers, and making the whole stadium wheelchair accessible.

ORIGINAL PROPOSAL 1 FUNDING: The City of Methuen has $1.4 million dollars in outside funding in hand, and plan to gain an additional $1 million. The Methuen Athletic Improvement Committee (MAIC) and supporters asked councillors to vote yes to borrowing $4.6 million to cover the remaining $2.2 million needed. Since other bonds are due to be paid off, residents would actually see a net decrease in taxes. Reports show if the project was completed in stages, it would add $200,000 to the cost. For years Mayor Steve Zanni, MAIC President Steve Saba, and many others have worked to bring this project together.

CITY COUNCIL SPECIAL MEETING FEBRUARY 23: An estimated 600 residents attended, and public participation took up most of the record 4 hour meeting. At times both residents and councillors expressed frustrations with each other. This proposal ultimately failed in a 5-4 vote, since a two-thirds majority is required for bonds. Councillors Joyce Campagnone, Jim Jajuga, Lisa Ferry, Sean Fountain, and Tom Ciulla voted YES to Proposal 1. Jajuga asked for a reconsideration of the vote, giving councillors a chance to change their minds.

LOCAL & STATE SUPPORT: Methuen State Reps Campbell, Moran, DiZoglio, and Senator Ives promised to secure more funds if passed. DiZoglio notably expressed her support as a former Methuen High School female athlete. Methuen Public Schools District Superintendent Judy Scannel, Nevins Trustee Arthur Nicholson III, and others also spoke in support. I also voiced my support at the meeting, calling for councilors to view this issue as a fiscally responsible investment in our community, and to the future of Methuen – our youth.

4 COUNCILLORS VOTED NO IN FEBRUARY: Councillors George Kazanjian and Jamie Atkinson both expressed general support for the stadium in phases. Atkinson wants to use available funds to make the stadium ADA compliant, while seeking private funding for the rest of the project. Council Chairman Ron Marsan has signed a “no new taxes” pledge, which was one of his reasons for voting “no,” but has been a longtime supporter of the project. Councillor Daniel Grayton cited how staying true to his campaign literature influenced his “no” vote.

SUPPORTERS NEVER GAVE UP HOPE: Hundreds of letters to the four councilors against the proposal were sent by email and posted on Facebook and Twitter. The next day Fox News arrived to interview councilors who voted “no” and to film 150 freezing cold residents holding signs in support of the project.

THE TIDE TURNS – 2 COUNCILLORS VOTE NO IN MARCH: On March 2, the Council met, with many expecting several hours of public participation, followed by a final vote on Proposal 1. In a sudden turn of events, Mayor Zanni and the Council announced they had an alternative funding proposal dubbed “The 7 Point Stadium Financing Plan,” which passed in a 7-2 vote. Councillors Marsan and Atkinson were added to the list of supporters Monday after working with the Mayor’s Office on this new plan. Councillors Grayton and Kazanjian voted no to both plans. The 7 point plan covers the same $4.6 million dollar renovations, but includes additional sources of funds in the next 15 years, including $10,000/year from the City Recreation budget, rental fees, billboards, using meal tax stabilization funds, and advertising.

CELEBRATIONS, FUNDRAISING BEGINS: Supporters congratulated each other in the halls, then continued the celebration at Bada Bing’s Pizza. MAIC President Steve Saba is comfortable with the new funding solution, “Methuen goes above and beyond as a community for our sports teams, and from the beginning we knew it was up to us to explain to councillors why we needed to fund the entire project…The public outreach helped them to take this very seriously, and start asking the right questions. In a few days we are getting right back to work, we will move forward with this momentum and start fundraising right away.” Supporters were appreciative of the last minute compromise. The project is expected to be completed this fall.

Donations made payable to “MAIC” can be mailed to: 190 Haverhill Street Box #348 Methuen, MA 01844. For more updates go to methuenaic.com or “Like” the MAIC on Facebook.

Jessica Finocchiaro is Vice Chair of the Gr. Lawrence Technical School representing Methuen, and serves on various community boards in the Merrimack Valley and statewide. She holds Masters of Government and Public Administration, both from Suffolk University. Jessica can be reached via phone at (978) 566-1786, online at JessicaForMethuen.com, Facebook/Twitter: @JessFinocchiaro.