There are nine members of the Methuen City Council. Every two years, voters across the city elect three councilors at-large and two councilors who represent each of the three districts; East, Central and West.

The function of the city council is to approve the city budget, hire and fire the city attorney, approve the hiring or firing of city department heads, and approve certain types of contracts. The city council also passes local ordinances such as fines for excessive noise, trash burning, and business regulations.

There are five candidates seeking the three open at-large seats on the council. Voters are allowed to vote for up-to three candidates. Voters who mark more than three candidates for the at-large race will invalidate their ballot and nobody will receive those votes. 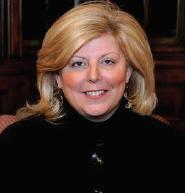 JEN KANNAN – Jen has been a city councilor at-large for two terms and is seeking her third and final term in the at-large spot. She is a former candidate for mayor and owns Kannan and Pricone plumbing business with her husband Bill. She has a son on the police department, a daughter in the school system and has a family that has been involved in public service for decades. Jen is expected to top the ticket again this year as she did two years ago when she beat then candidate, Jim Jajuga, who many thought was teflon and unbeatable.

Kannan initiated a Policy and Procedure Committee which passed unanimously by the Council. Kannan is chair of the committee and just finished the first ever policy and procedure handbook for the city council, which will include; The Council Rules (which they updated), new roles for the chair and vice chair, and will also include a letter from the City Solicitor outlining the open meeting law and the conflict of interest law. It will also include a letter from the City Auditor. At her first council meeting in 2016, she called for an immediate public hearing on the proposed trash/recycling proposal (toter system). She voted no and spoke against it, it was ultimately defeated. 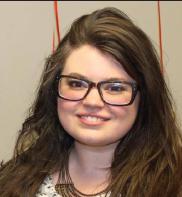 JESSICA FINOCCHIARO – Jessica is a member of the Greater Lawrence Technical School Committee and is serving her second term. She is a realtor for Century 21 McLennan and Companies. She has two masters’ degrees in public administration and finance and government. She also manages more than $40M on all the boards she sits on.

In her four years on the committee she brought actual transparency to a board that was quite resistant to openness. As the results of Jessica’s efforts, her committee is now broadcasting and recording their public meetings. Jessica is also on the Board of Directors of YWCA, Psychological Center, MVPASAP, Phil Lahey’s substance abuse project, and previously ran unsuccessfully for state senate. Finocchiaro says her top two priorities are addressing the opioid epidemic and increasing state funding for basic services. Finocchiaro is the only candidate in the at-large race who is being endorsed by State Rep. Diana DiZoglio.

STEVE GILLIS – Gillis is running a very unconventional campaign for local office. A strong Trump supporter, Gillis is trying to make “Methuen Great Again” posting news on his facebook pages and campaigning for more responsible spending as well as wanting to “drain the swamp” by bucking the political insiders and seeking to expose all the back room deals being made in Methuen politics.

“My top priority is getting everyone on the same page to take a pledge to start true transparency. What makes me different than my opponents is that I am not, and have not been an elected official. I am, however, an informed citizen of Methuen who studies the issues from the perspective of a resident only. I have been active in providing Methuen citizens a forum to speak out about actions town government is taking that they do not agree with. In particular, the town’s powers to arbitrarily take average resident homeowner’s property and give it to a developer to construct low-income housing.”

“I am concerned that Methuen [officials] are more interested in assisting private developers such as in the Methuen Square Affordable Housing Project, because it will adversely affect Methuen’s quality of life; increased traffic problems, concentrated lower income housing, increasing that area’s need for additional police protection, increase attendance at local schools that are already at maximum capacity, reduce the value of surrounding properties and this development will act as a housing magnet for populations outside of Methuen. Methuen needs to have Councilors who are not part of the good old boy system, who will make sure that any development plans are open and endorsed by the citizens of Methuen.” 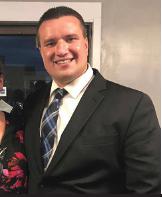 RYAN DIZOGLIO – The third DiZoglio in recent memory to run for office, Ryan is the brother of school committeeman Nick DiZoglio and the third cousin of State Rep. Diana DiZoglio, who is not endorsing him in this race.

“I’m not running on my name,” he said. “Though it does help,” he admits. DiZoglio says he is taking nothing for granted and is knocking on as many doors as he can to find out what voters want from their city government. DiZoglio ran unsuccessfully two years ago for the East District City Council seat, a loss he says was probably a good thing.

“The voters aren’t just going to vote for you just because you have a famous name. They want to know what you are going to do for their neighborhoods. They want to see you doing the work. So, this year I’m campaigning harder, knocking more doors and doing more.”

DiZoglio works at Loss Mitigation Services where he helps distressed homeowners avoid foreclosure. He says his top two priorities are to provide seniors tax relief or services and establish a capital plan that will provide sidewalks and fix streets, as well as to provide infrastructure that will lift the burden of Methuen being dependent on residential taxes. 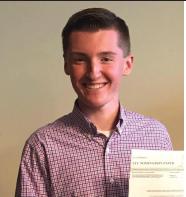 RYAN HAMILTON – A newcomer to politics, Hamilton is 19 years old and says his youth and inexperience in local government are more of a plus for his candidacy.

“I don’t owe anyone any political favors,” he told The Valley Patriot. “I don’t have any political enemies either. That means I can look at every proposal that comes to the city council with a fresh look at it on the merits not on who proposed it or who is behind it, or any of the other things that distract politicians who have been around a long time.”

Hamilton says he is basing his campaign on community engagement, public safety, education, and small business growth. “I think what makes me different than the other candidates is that I’m not going to guarantee you that I’m going to do everything by myself. I want to work with my fellow council members and state officials and make it a real team effort.”

Hamilton is also calling for an audit of all city programs and services as well as a budgetary audit.