By ValleyPatriot on August 1, 2021Comments Off on Methuen’s Coach Tom Ryan Reflects on Successful 2020 Season 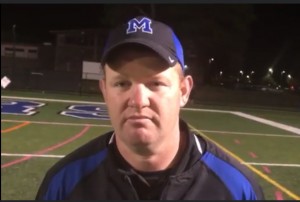 In April 2020, the Methuen High School Varsity Football Team closed out their season with an overall record of 5-2.

Despite a shortened season and a delayed start to the year, the team was able to attain a considerable level of success, which is a testament to the culture that has been largely shaped by Head Coach Tom Ryan.

In an interview with The Valley Patriot, Coach Ryan expressed great satisfaction with the team’s commitment to excellence both on the field and in the classroom.

When asked about the unique circumstances presented to the team by COVID protocols this past season, Coach Ryan was optimistic.
“The strength of our program really showed well this year. We didn’t miss a beat with all these different challenges we had,” said Coach Ryan. “We were at a good place physically and mentally. Once the season started, I felt like we were going to be a pretty good team.”

One of the centerpieces of Methuen’s strong play this year was recently graduated senior Anthony Romano. Romano, a 6’1 215 lb. linebacker, was named the Merrimack Valley Conference’s 2021 Defensive Player of the Year and was named to the Boston Herald’s All Scholastic in football. He has recently committed to continue his football career at Hobart College in New York.

Romano was a defensive anchor at linebacker for the Rangers this year and also starred at running back.

Coach Ryan had nothing but praise for his former player.

“He has obviously established himself as one of the best players in the history of Methuen High School,” said Ryan.

“As a student, he has matured a tremendous amount. We saw a steady uphill climb in his grades, and that allowed a school like Hobart to offer him the package they did.”

Coach Ryan was also greatly impressed with Romano’s character.
“He’s a tremendous person and one of the best kids I’ve ever coached physically and academically.”

When asked what about his team makes him proudest, Coach Ryan pointed out his players’ dedication in all areas of life. He also hopes that the lessons instilled by this program will remain with his players for years to come and that they will continue to apply them in their studies.

“We’ve been trying to build consistency in the program in all phases,” said Ryan. “We have a motto: everything matters. The kids have been able to understand that who they are as a person matters. Getting to class on time and working hard at practice matters. They’ve shown that in their everyday lives.”

“They’re going to go all different ways once they leave high school, and hopefully that concept is gonna determine where they go in life,” continued Ryan. “I’m really proud that the kids bought into that. We also have an incredible amount of kids who have above a 3.6 GPA.”
As for the upcoming season in the fall of 2021, Coach Ryan is pleased with the number of returning players the Rangers expect.

“We lost Anthony and some others that were big contributors, but we also have a lot of kids coming back, including a majority of our offensive line and our defense.”

Coach Ryan is also excited to see how the team’s quarterback position battle shakes out. Ryan mentioned that two of his players, junior Xander Silva and sophomore Drew Eason, will be competing for the starting job during the preseason. Coach Ryan expects this battle to be “one heck of a competition.”

Overall, Coach Ryan firmly believes that there is a lot to look forward to in Methuen football. The team is set to play its first game of the 2021-22 season on Friday, September 10 at Lynn English High School.

It will be interesting to see if the Rangers can carry the momentum from their previous season into the next. One thing, however, is certain: everything is going to matter. 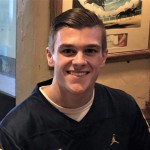