By Tom Duggan on February 2, 2018Comments Off on Methuen’s Rep. Linda Campbell Joins Colleagues in Trip to Israel 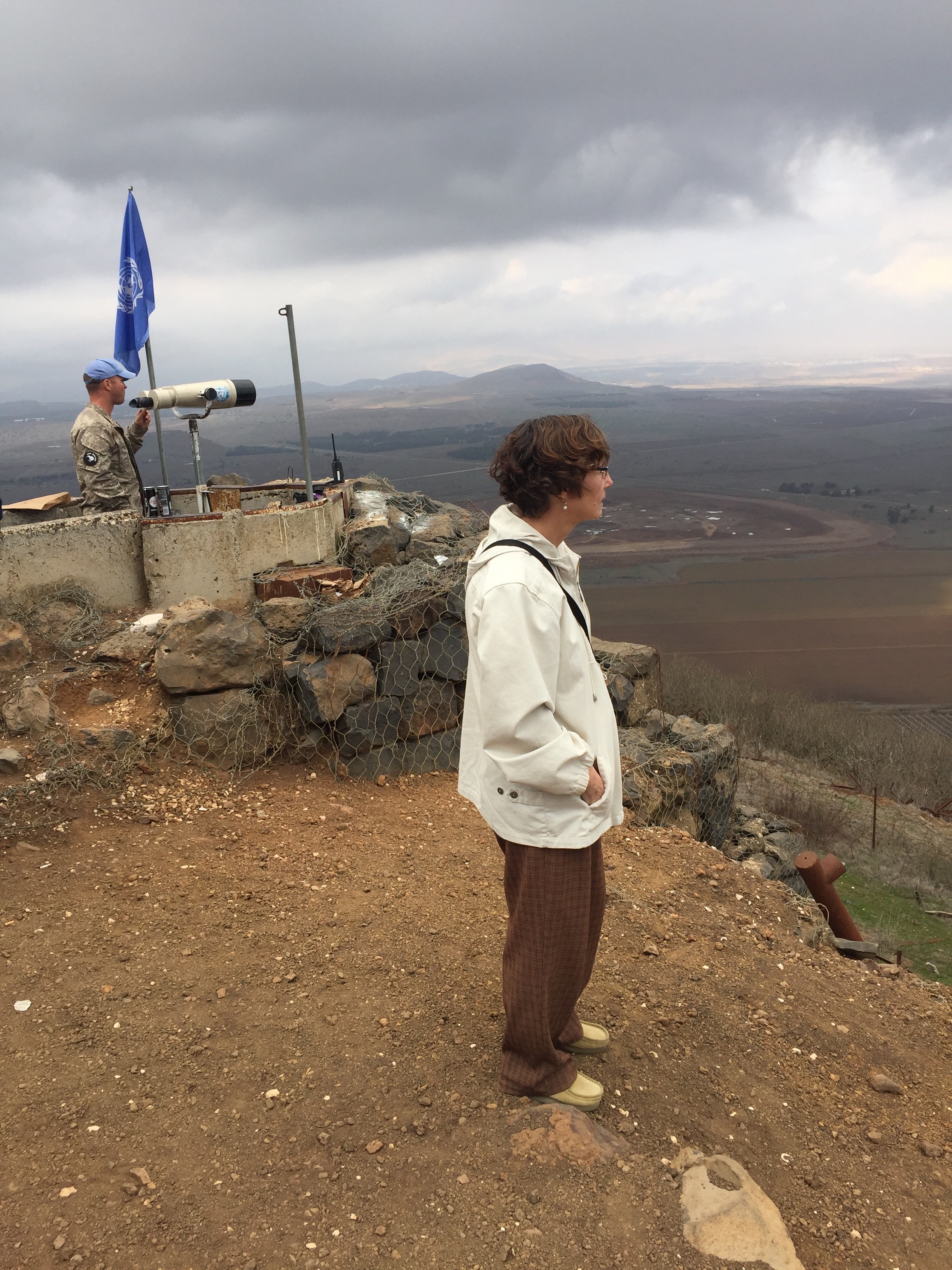 Last month, Rep. Linda Dean Campbell joined her colleaugues for a trip to Israel. Anti-semites and Jew haters have long protested Massachusetts legislators seeing the holy land for themselves. We asked Canmpbell, why go on a study trip to Israel sponsored by the Jewish Community Relations Council (JCRC)?

“Most importantly, because I am currently serving as the Vice Chair of the Committee on Revenue. I also believe I was selected because my prior military service as chief of an intelligence unit for the US Army component of the US rapid deployment force and my graduate degree in International Relations allowed me to ask meaningful questions and contribute to discussions about current military, security, political and economic policies in the region.

The JCRC is a network of 42 organizations representing Boston’s Jewish Community. No lobbyists are permitted on this study tour and JCRC supports efforts towards a lasting peace in the region and a two-state solution for Israelis and Palestinians. We visited two- three locations every day. The days started promptly at 7 with a quick breakfast followed by a briefing.

Throughout day briefings would precede our next visit. Dinner around 7 included briefers and discussion.

Very importantly, our itinerary included discussions with a number of Arab –Israeli citizens critical of current Israeli policies towards Arab citizens and the current separation of the two cultures. It is also very important to note that a great many Israelis, including members of their armed forces have considerable empathy for the Palestinian people in the occupied territories.
My first priority on the trip was to gain a greater understanding of why Massachusetts has such extensive economic ties to Israel that generate substantial tax revenue here in our Commonwealth and to find ways, as Vice Chair of the Revenue Committee, to support and increase these ties.

Conservatively, over 200 Israeli founded businesses generate over 18 billion in economic activity in Massachusetts. These businesses employ about 9000 people and support 27,000 jobs here in the Commonwealth. All of this economic investment in Massachusetts adds up to about 4% of our GDP and is therefore important to our budget.

Why did so many innovative Israeli business enterprises choose Massachusetts as their location for expansion?

The questions I posed to the Chief Visionary Officer of the Cyber Security firm CyberReason we visited, aimed at determining why they anchor their US presence in Massachusetts versus, Silicon Valley in California, or NY.

Certainly, Silicon Valley offers many of the same draws as Massachusetts, such as talent, with the added benefit of sunshine and warmth. (It averaged about 70 degrees F with constant sun while we were in Israel.) These other competitors also have great talent and the same tax challenges.

His answer was multifaceted. He indicated that while his highly skilled employees constantly talk about the cold weather and it is used to build esprit to corps (in a humorous and fun way) he indicated that the x-factor had a lot to do with the personal outreach of the Massachusetts community in the form of Governors, Legislators, and key business leaders taking the time to visit Israel, and the personal approach to helping Israeli families to find a welcoming community to live, and opportunities to socialize among their piers in their field of interest.

Governor Baker and Speaker DeLeo have visited Israel, and our trip included the newly appointed House chairman of Ways and Means, Jeffery Sanchez. It was just announced that another cyber security firm is coming to Boston.

This made perfect sense to me as I perceived very early on that a meeting with a promise is critically important to Israeli business leaders. Your word is your bond because it is in the Israeli DNA. This, of course, comes from, and applies to, Israeli security issues as well.

And, Israel appears to be a most attractive place for us to do business in. They have a highly educated, friendly, and most energetic workforce.

We visited the MassChallenge headquarters in Israel. MassChallenge is a non- industry-accelerator program generated here in Massachusetts. Any startup at any stage (even idea- stage) can apply to MassChallenge. To qualify for MassChallenge (Boston, Israel, Mexico, Switzerland or UK) a company must be a seed- or early-stage startup.

MassChallenge awards more than $1M annually and does not take any equity from participants. MassChallenge is a 501c3 non-profit. Sponsorships and donations cover prize money and operating expenses.

I learned a great deal on the trip and realize there’s a lot more that I will never know. Yes, the situation in the Middle East and in and around Israel is a big, complex, mess that has proven impossible to resolve for a great many years and likely shall remain so for years to come.

However, my conversations with an Israeli General and with Arab and Jewish activists who bring Arabs and Jews together on a regular basis give me great hope. I felt that one of the most important efforts they are leading and a prerequisite for moving toward greater peace is more interaction between Israeli and Arab students.

For the most part, schools are now segregated, but some amazing leaders are acting to change this by exchanging teachers to teach conversational language- ie an Israeli teacher teaching Arab students conversational Hebrew and visa-versa.

A big-picture and somewhat positive development I concluded is that terrorist organizations in the region, like Hamas, are loosing the war in the eyes of many Palestinians.

Another big-picture conclusion that I drew through many briefings was the critical and negative impact that Iran was having in the region through its sponsorship of terrorism and warfare throughout the Middle East in Syria, Lebanon and Gaza.