By LonnieBrennan on March 29, 2014Comments Off on Missing in action 1/3rd of the time: Georgetown Deserves Better! 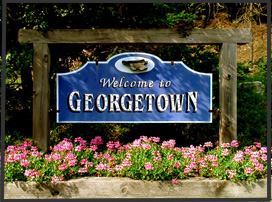 First, for the disclaimer: I very much like Georgetown Selectman Phil Trapani and I certainly very much like Georgetown Selectman Steve Smith. They are both great guys, and I very much like to chat with them at various events as they are both very intelligent and generally good guys. Heck, when Phil went in for scheduled surgery a few years back, my bride and I instantly sent a fruit basket to his family. It’s a small town; we put political opinions aside when it comes to family. People care about people

But, they both also know that I write for this paper, and I adhere by its adopted mottos, including no fear, and certainly no favoritism. And, as with the rounding of the big 10-year Anniversary of The Valley Patriot, a paper founded not to protect politicians, but to protect the taxpayer, well, here goes, I’m about to risk making two more enemies…just an ever-growing list….

With the 10-year anniversary the of paper, an expansion continues with The Valley Patriot, including an expansion of the process of reviewing the work performance of various taxpayer funded workers as well as board members and elected officials. With regret, the data turned up pretty bad for two Georgetown elected officials: Selectmen Stephen Smith and Philip Trapani.

Phil Trapani missed 33% of the last 27 ‘regular selectmen meetings’ (2012 and 2013 minutes postings available online) and Steve Smith missed 19%. What’s worse, some meetings were called off because the 5-member board failed to have a quorum, and Steve’s numbers were even worse at one time, but since becoming chair, he no longer sticks out as the sole spike in lack of attendance at meetings, and his percentage had lowered.

I don’t care how much you or I like or dislike anyone, if an elected official fails to show up, some portion of the population (in Phil’s and Steve’s case, the tax raisers, but hey, that’s more than half the town), lose a voice. There doesn’t appear to be any rhyme or reason or pattern of absences discernable from the data (except some guesses with amongst the staff when you compare some low-attendance dates to certain sporting events), but rather a smattering of a miss here, a miss there for the duo. In contrast, the other three members faired quite well, with only a couple of misses during their tenure.

Neither Mr. Smith nor Mr. Trapani are up for re-election any time soon, so neither has to worry about elections or support as we of course love them as people, but they should try to tighten things up a bit and not embarrass themselves and our Town, as they show up on high-spike lists of elected officials who don’t make their own regular meetings. Stay tuned for more postings, hopefully not from our town, although…

Oh, and what about the upcoming town meeting and proposition 2 ½ override? Yup, there’s another $7 million or so on the way. This time to renovate the high school, and, they’re tying the high school funding to the Penn Brook new school, so, on this trajectory, you can expect your taxes to nearly double in four years…as they certainly have adopted the motto “nothing but the best, for the best”, and no expense is to be spared to go from ‘sub-standard’ to ‘opulent’. I guess it’s easy to spend other folks’ money.

Moving on to town events, this Spring there will be a flurry of fun activities including the High School band and chorus performances on March 11th, the Penn Brook Spelling Bee also on the 11th, the St. Mary’s Church Electronic Recycling and Bike Collection taking place on Saturday March 15th, the Baseball Bash on March 22nd, and you can expect to see a lot of other events popping up and filling the calendar with the various groups in town including the Fish and Game, GAA, Georgetown Cultural Council, Historic Society, Knights of Columbus, PTA, the local churches and others. As always, updates and details for all items can be found at www.GeorgetownTODAY.org.