By ValleyPatriot on December 18, 2012Comments Off on Municipal Tax Rates and Surpluses 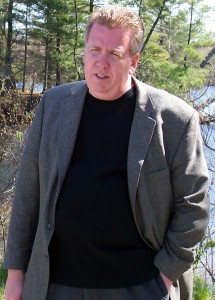 Municipal budgeting, like most everything in government that relates to taxation, has become highly politicized. And like much that occurs in budgeting those politics, in many instances, show that budgetary doublespeak is not restricted to federal politicians.

Municipal budgets are set to a “fiscal year”, which runs from July 1 through June 30th. They are obviously adopted prior to July 1. What is commonly called “setting the tax rate” usually occurs in the November/December time frame, five or six months after the adoption of the budget. Typically the Mayor or Manager will submit a request for a classification factor (essentially determining what percentage of the levy will be borne by business, and what portion by residential) which will fund the budget that had been approved back in July. And that is the key part of setting the “classification factor”!

Unless there is a mid-year adjustment in revenue (positive or negative) or some other changes from the budgetary estimates the legislative body, you might think, has an obligation to vote a factor and move on. It rarely is that simple.

The double speak that I referenced earlier comes from those who often times vote for budgets, but then speak vociferously against raising the revenue to fund what they have voted for. As folks wonder why politics can sometimes lead to anger and frustration this is one of the things that makes Mayors and Managers crazy.

When you have a politician railing against over-spending at tax time, but that same politician pushes for more spending at budget time, or refuses to offer up cuts to whittle down the tax burden during budget hearings people tend to get frustrated at the hypocrisy. And as I am fond of saying “bad will begets bad will”.

We see it all the time, and it rarely is reported on in the media, where attention is lavished on those “standing up for the taxpayers” while refusing to make politically painful cuts. Some call that politics, others call it a little bit of hypocrisy that should be tolerated. I call it the type of cynicism that has corroded politics, and that has made governing very difficult. A prerequisite for media attention should be that your math actually works.

There has been some attention paid to this process lately, as both Lawrence and Lowell have had “free cash” certified by the Massachusetts Department of Revenue at over $6 million. Both cities deserve accolades for achieving those financial results, with Lowell in particular deserving of being singled out for outstanding financial management. These results have led to discussions about the proper level of reserves, and whether in such instances some could be returned to the taxpayers. I think that there are some pretty smart folks in Lowell, both in management and on the City Council that will make that determination. I can say that generally it is best to build adequate reserves, as a community that has done so is rewarded by a better bond rating, which translates into lower borrowing costs, and has a degree of financial flexibility that ultimately best serves its citizens.

I was asked by Alex Bloom of the Brockton Enterprise about such an issue in Brockton, where some citizens are urging the City Council to expend some reserves in order to subsidize the tax rate. I do not presume to tell Brockton leaders what to do, as they also have some pretty smart folks in management and on the City Council. I do think that generally speaking it is not the best idea, although it has been done in Methuen when City Council refused to vote a rate to support a budget they adopted. Always remember that any portion of the budget paid for with “one time money” leaves the following years budget short by that amount, and is a recipe for eventual budget problems and failure. The real way to give property tax payers relief is by cutting the budget, which often times requires tough choices. The easy way is to vote for budgets and then rail about their costs. All too often, especially lately, we choose the easy way for local, state, and federal budgets.