By Tom Duggan on July 14, 2015Comments Off on Murder Suicide in Lawrence, Police Quell Crowd

Lawrence Police responded to a murder suicide late Tuesday night at133 Park St. at the back of 187 Lawrence Street near the corner of Park and Lexington.

Sources told the Valley Patriot late Tuesday night that when Lawrence Police arrived at the scene  they had a “crowd control” issue and police had to call in for reinforcements to quell the disturbance. Methuen Police and State Police were called to the scene and are assisting in the investigation. Witnesses at the scene tell the Valley Patriot that the family blamed police for not stopping the murder.

MORE AS IT DEVELOPS. 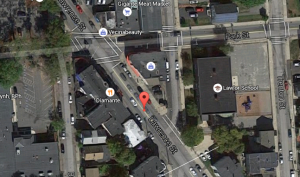