Residents of the Museum Square Apartments in Lawrence have long complained about the safety hazards in the public parking garage owned by the City of Lawrence, but managed – partially – by the owners of Museum Square.

Since 2010 The Valley Patriot has fielded complaints about concrete falling on cars and people, but the city never made it a priority to rectify the unsafe conditions in the garage.

On Monday, The Valley Patriot did a video tour of the crumbling garage when Museum Square tenant Mike Thibodeau was refused entry to his paid parking spot.

A Lawrence city employee told Thibodeau that there were no spots left in the garage, but when the Valley Patriot showed up filming live on Facebook, we found dozens of open spots including a top floor that was almost completely empty. “We pay for these spots as tenants of the Museum Square Apartments and hours before a snow storm they are telling us we can’t park here?”

Thibideau was eventually allowed to park his car after he called 911 to say he was being ripped off.

While at the city owned garage, The Valley Patriot found (and recorded) deplorable conditions that were dangerous and in violation of multiple safety codes.

emergency exits that were chained, crumbling concrete falling from overhead beams on every floor of the garage, water pouring out of overhead beams and lakes of water forming on every level, exposed electrical wiring, emergency exit signs that were not lit, holes in the concrete ground, a ten foot hole in the roof of the structure that was so dangerous the police had to use barriers to cordon it off because cars park on the top level of the garage, and more.

The Valley Patriot asked Lawrence Mayor Dan Rivera why the garage is in such a dangerous state and how long people’s safety will be in jeopardy before something is done. Rivera called us back in the middle of the Tuesday Snow storm. (more below photos)

“It’s complicated,” he said. Half the spots in the garage belong to the city and half belong to the owners of Museum Square that they rent out to their tenants. They are supposed to pay the city a portion of their profits.”

“They say they haven’t made any money since they took over the garage, and I don’t buy that. We’ve been fighting with them to get control of the lot. They wanted us to give the garage to them, just give it to them, before they would agree to fix anything. The fact is, I don’t think most people know this but they give us absolutely no money from what they make over there.

Rivera said he and Museum Square resident Jackie Marmol walked through the garage two years ago and was appalled back then.

“We could spend a few million dollars on that structure and probably have more to do. It hasn’t been maintained.”

Rivera says that he and the city council have allocated $100,000 in his capital improvement plan to begin repairs to the garage.

“The money is ready to be spent,” Rivera said.

WILL COUNCIL CALL FOR AN AUDIT? 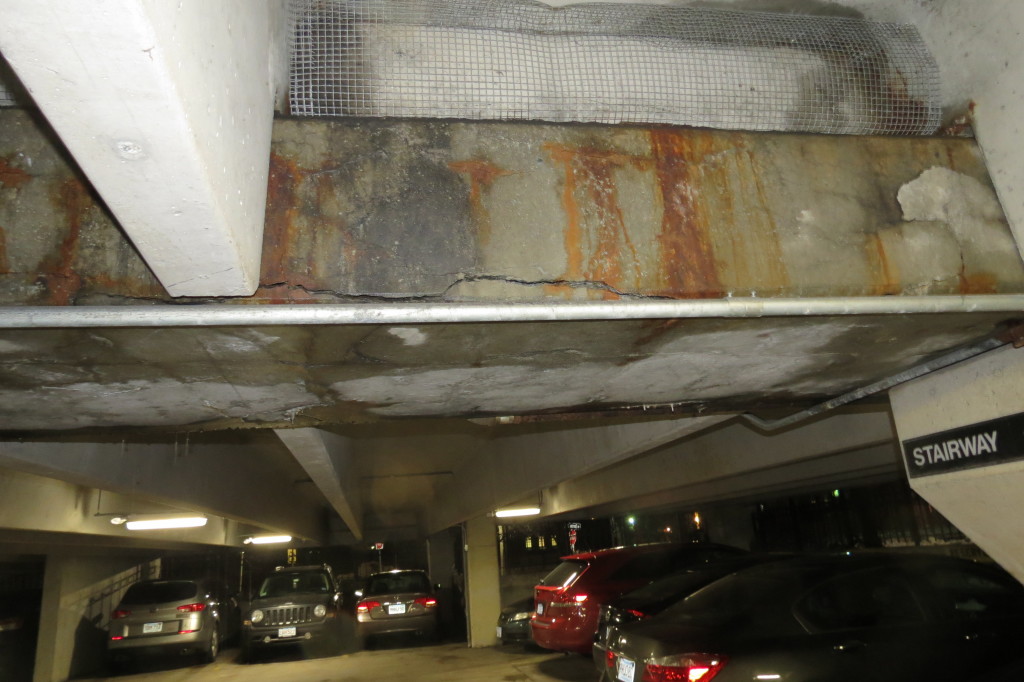 Lawrence City Councilor Jeovanny Rodriguez (District D) says he believes the city council should ask State Auditor Suzanne Bump to conduct an audit of the money that Boston Land Company is making on the garage.

“ 100% of the money being collected in parking revenue at that garage should go directly to the City of Lawrence,” he said, adding that he has doubts the garage isn’t making money given that the city of Lawrence is paying for upkeep.

Lawrence Mayor Dan Rivera said his team considered going to the Attorney General early in his first term because he believes the Boston Land Company wasn’t being honest and there was no transparency from their side of the agreement.

“We wanted to bring in AG to see if the private managers of the property were being honest about the actual revenues because they haven’t given us a dime.”

Asked if he would support a call for State Auditor Suzanne Bump to audit the finances of the Museum Square Garage he said he would.

“I don’t know if she will do it but, I would support Councilor Rodriguez if he does that. For now we are going to spend the $100,000 to fix what we can and going forward we will be able to do more.”