By ValleyPatriot on September 20, 2013Comments Off on My sit down Interview with Mayor Donna Holaday of Newburyport 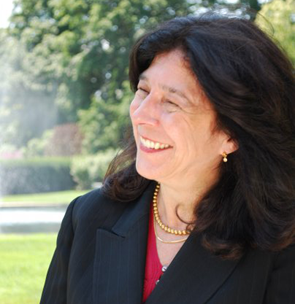 On November 5th the Newburyport Community will be asked once again to vote for their mayor. Last election, Donna Holaday won without contest, but this year she finds herself running against two candidates up for the mayor’s position. Dick Sullivan Jr. and Gregory Earls will find themselves voicing their opinions in the race for the November spot. My sit down with the Mayor was pleasant and welcoming and then the questions began. Letting her know the questions we chose were from people in the community that would like to know answers to questions she seemed very open to the idea, so here you go!

Q. What differs you from the two gentlemen running for Mayor?

A. Dick Sullivan Jr. and I are on opposing sides of a lot of issues. One is the local historic district, which I was supportive of. He is taking a no development stance on the Waterfront Development Project which I am embracing and working with NRA. Financially, Dick Sullivan Jr. feels we are spending too much money, we had major capital projects that needed to happen, from almost losing our water supply, our schools were an embarrassment to our community, and other infrastructure needs that needed to happen. Gregory Earls and I are on the same page with many things because he has voted for every initiative that I have done and put forth, besides that, he wants no development on the waterfront, he wants to use paid parking revenues to take care of the park. Unfortunately the paid parking revenues belong to the city and the waterfront is owned by the NRA and it isn’t sufficient funding and the city council voting on using that money to enhance in infrastructure of downtown.

Q. Regarding tourism, many people and shop owners say they have noticed a decrease in tourism, and many say it is because of the paid parking, and having a time limit of only three hours. What plans do you have of fixing this issue?

A. We spent a lot of time researching paid parking and found that the Green Street lot would be the lot that turned over the most. You can stay as long as you want on the waterfront. I have to disagree about the decrease in tourism. My reports that I have been getting state their tourism has been on the rise. We just signed a contract to upgrade the technology from your smart phone…there will be an app that allows you to increase your parking time.

Q. Waterfront development has gone back and forth and changed many times. Over 100 parking spaces are going to be eliminated if this passes. Wouldn’t that be a downfall to people that live here during that time of year when spots are eliminated?

A. That is where the parking garage will come into play. We are working on getting fundraiser for this project. People are right you cannot take away parking without moving it somewhere else.

Q. Do you plan on raising taxes here in Newburyport?

Q. The Bartlett Mall has a bacterial infection due to the waist from animals in the area. Why are there no signs up around Bartlett Mall warning people with animals and small children not to play in the water? Many dogs and some children have become ill from the water.

A. We thought that people would see the color of the water and know that there was something wrong, we will look into getting some sort of signs up, the water should be cleaned up soon, and we are looking for ways of keeping the frog pond from getting this infection again, and working very hard with the professionals to get the frog pond back up and running soon.

Q. Is there anything else you would like the people to know as they are going into the polls in November?

A. I would like people to recognize that my administration has been incredibly progressive, and incredibly busy in the last 3 ½ years bringing in over 5 million dollars worth of projects, and that over the next four years the real goal is to finish what we started: waste water plant, school projects, senior community center, continue to work on more roads and sidewalks, finish the round-about, we have a highway building down on Perry Way to build, continued expansion of the rail trail and bike paths in the area, continue to work with the community on the Bridge Project, looking forward in October to be a historical district, and to continue to advance and support tourism and businesses and the economic development involving the chamber.

Well folks there you go, some answers on your questions. Thank you Mayor Donna Holaday for meeting with me. Please pick up the October issue of the Valley Patriot for the two candidates running for mayor!

Rebeccah has dedicated the 8 years to bring you the very best of what the Greater Newburyport has to offer. Contact her today with any questions you have at pearson.designs@NewburyportGuide.com