By ValleyPatriot on July 5, 2018Comments Off on Myth and Misconceptions ~ ROBIN’S KITTY CORNER 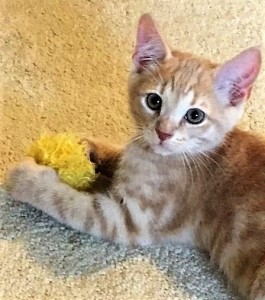 Despite their popularity as pets and their ubiquitous presence in the media, cats are probably one of the most misunderstood breed of animals. Myths surrounding these creatures abound, especially among those who are unfortunate enough to have never owned one.

One common misconception that seems to pervade is that cats are “mean”. Some people think that when you adopt a cat you can expect a lot of scratching, biting, and hissing, and that cats basically just want to be left alone. As a long time cat owner, I can assure you that nothing could be further from the truth. Well of course your own cats are friendly, doubters are quick to point out, but what about those “other” cats. My answer to anyone that is unfamiliar with the true nature of the breed is to take a look around the cat adoption center at any animal shelter. Here are cats that have been displaced from their homes and now find themselves in a strange, unfamiliar, and stressful environment. Despite their fear and whatever trauma they have faced, these cats will often approach the public and are quick to offer up purrs and head butts in exchange for a pat on the head and a little attention.

If you have never had a cat purring on your lap while you binge watch your favorite Netflix show, or run to greet you at the end of a long day at work, or snuggle up next to you at bedtime, then you haven’t experienced the true nature of the cat.

Another common myth that I see perpetuated in every children’s book and cartoon is the cliché cat drinking milk out of a saucer. In truth, cats should not be fed milk. Most adult cats are actually lactose intolerant and therefore lack the enzyme that is necessary to digest milk. Feeding cats milk will lead to stomach cramping and diarrhea in most cats. I think this myth persists because kittens nurse from their Mothers when they are babies and they clearly like milk. But even kittens that are unable to access their own Mother’s milk should not be fed cow’s milk. Neonatal kittens without a Mother should be fed the kitten milk replacer called KMR if no nursing Queen is available. The best beverage for adult cats is actually water.

One of the more harmful myths about cats is that female cats should be allowed to have one litter of kittens before being spayed. This is actually completely false. The truth is that spaying your cat before having her first litter greatly reduces her risk of getting mammary, ovarian, and uterine cancer. Cats that are spayed before reaching sexual maturity will be healthier than those that are spayed later. In addition to the health risks, allowing your cat to have a litter of kittens is just another way to contribute to the problem of cat overpopulation. Millions of unwanted cats are killed in animal shelters every year because there are not enough homes for all of them. Many more are homeless and die cruel deaths in the streets. When you hand out your kittens to friends and family there is no guarantee that they will do the responsible thing and spay and neuter their pets. Neutering your pet before its first litter is good for its health and goes a long way in preventing overpopulation and homelessness.

I hope I have managed to dispel a few of the common myths surrounding this often misunderstood breed. And please remember, if a black cat crosses your path on your way home tonight, do not worry about having bad luck. It’s only a myth.