By ValleyPatriot on September 1, 2014Comments Off on New Hampshire Desperately Needs Walt Havenstein 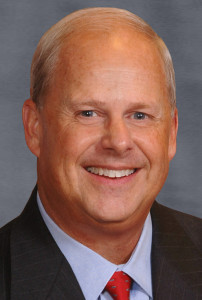 Few states have endured a longer drought of electing a Republican governor than New Hampshire. In fact, that dry spell is unrivaled even in deeply liberal New England. New Hampshire has not elected a Republican to the corner office in a decade, and only once in the past 18 years.

This sustained Democratic rule is hardly without serious consequences. Many of us grew up during a time when New Hampshire was the economic envy of the nation. We had governors who were towering leaders like Meldrim Thomson, John Sununu, Judd Gregg and Steve Merrill. Together, they sustained a record of fiscal discipline and economic expansion that was a model for other states to emulate.

In 1996, New Hampshire began to depart course with the election of Jeanne Shaheen. Shaheen’s administration oversaw an explosion of state spending, advocacy of a 2.5% sales tax and the implementation of an onerous and destructive statewide property tax. As a result of these policies, the state lost more than 16,000 manufacturing jobs and our high school dropout rate skyrocketed to 25%. Suddenly, New Hampshire was no longer the envy of the nation but merely the envy of the northeast region.

In 2004, New Hampshire turned to John Lynch and elected him to an unprecedented four terms as governor. During that time it was undeniable that he was personally popular. However, while his personality was tailor made to be the best Wal-Mart greeter of all time, he lacked the slightest semblance of leadership and his fiscal record was disastrous. During Lynch’s tenure, the state raised or implemented almost 150 taxes, depleted the Rainy Day Fund, was indifferent to the state’s unfunded liability crisis and advocated an income tax on small businesses. By the time Lynch was finished New Hampshire had been relegated to being only the envy of New England.
Now the state is suffering through another failed Democrat governor, Maggie Hassan. Of the three, there is no question that Hassan has been the worst. During her short two years as governor, she has earned the reputation of being an empty suit that blindly follows a radical liberal ideology. She has embraced expanded Obamacare with reckless disregard of the consequences, presided over a downgrading of the state’s bond rating, led efforts to eviscerate education reform, violated the states campaign finance laws, embraced wasteful and expensive junkets, and has completely lost focus on growing the economy in favor of an obsession with social issues such as abortion, the death penalty, and gun control.

After almost two decades of Democratic rule in the corner office, New Hampshire has lost its top standing as the best state to raise children and has lost ground in every measurable economic ranking. We are no longer a model anyone seeks to follow. At long last, it is time for a serious change.

The person who can best lead that charge and end the Republican drought in the governor’s office is Walt Havenstein. Havenstein doesn’t emanate from a political dynasty nor from family wealth, and he isn’t a career politician. Rather, Mr. Havenstein is a veteran who is self-made and a successful businessman. As former State Senate President Tom Eaton aptly observed, Havenstein is the type of candidate the public always says it wants but rarely gets to run for public office. He represents everything that Maggie Hassan is not, and everything New Hampshire needs.

Havenstein’s life has been marked by a commitment to public service. He is a Naval Academy graduate who served 28 years in the Marines. While Maggie Hassan was securing her place among the elites at Phillips Exeter, Havenstein was helping to secure the nation.
Havenstein went on to become a successful businessman, most notably at New Hampshire’s largest employer, BAE Systems. BAE is a company with $20 billion in sales and operates on a budget three times the size of New Hampshire’s state budget. At BAE, he oversaw 50,000 employees, growth of the company, and earned the admiration of all who worked for him.

Coverning New Hampshire would not be the toughest challenge Walt Havenstein has encountered, unlike Hassan who is totally overwhelmed by even simple challenges.
New Hampshire is at a crossroads. It can give Maggie Hassan another term to continue accelerating New Hampshire’s precipitous decline into a failed liberal wasteland, or it can begin healing to once again becoming the best state in America by electing Walt Havenstein.

D.J. Bettencourt served as a State Representative in the NH House of Representatives from 2005 to 2012 and was the House Majority Leader for the 2011-2012 legislative term. He currently works as the Director of Development and Community Relations at the Salem Animal Rescue League and serves on the Economic Development Action Committee in Salem, NH.