By Tom Duggan on May 20, 2014Comments Off on New York Woman Pleads Guilty, Sentenced to Prison for Defrauding One Fund Boston of $480,000 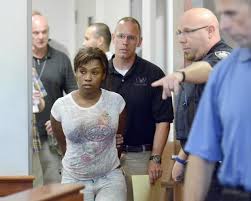 May 20, 2014 – A New York woman has pleaded guilty and been sentenced to state prison in connection with collecting a fraudulent $480,000 claim from The One Fund Boston, Attorney General Martha Coakley announced today. The woman claimed she suffered a traumatic brain injury as a result of the Boston Marathon bombing.“It is disturbing that this defendant would attempt to steal from the real victims of the Marathon bombing through fraud and deceit,” AG Coakley said. “As a result of our investigation, we recovered all of the money and it is now being returned to The One Fund Boston. This defendant will now serve time in state prison for her actions.”

Investigators were able to secure the $480,000 Gause stole for return to The One Fund Boston. Today, Judge Ball signed an order that will return the seized funds, in full, to The One Fund.

The AG’s investigation revealed that on June 3, 2013, One Fund officials received a detailed and notarized claim from Gause, which included several pages of purported medical records, indicating that she had been hospitalized at the Boston Medical Center for two days, and thereafter at the Albany Medical Center for ten days. The claim said that Gause sustained a brain injury from the Boston Marathon bombing and experienced long-term memory loss, impaired speech, and loss of some motor function that would require future surgery.

Based on the information contained in the claim and the attached purported medical records, Gause’s claim was approved for payment. At the end of June, The One Fund Administrator sent Gause a letter confirming her claim had been approved and subsequently paid that claim.

Gause gave $377,500 of the money she fraudulently obtained from The One Fund to a New York construction company as a down payment on a brand new home. Investigation also revealed that Gause signed up for a cruise, named the “Heroes Cruise,” which was being offered free of charge to victims of the Boston Marathon bombing by a Boston-based travel company.

Gause was arrested in Troy, N.Y. on July 19, 2013 on a Massachusetts fugitive warrant. She waived extradition and she was transported back to Massachusetts on August 1 by Massachusetts State Police assigned to the AG’s Office. On August 2, 2013 Gause was arraigned in Boston Municipal Court and held on $200,000 cash bail. She was indicted by a Suffolk County Grand Jury on Sept. 30, 2013 and arraigned in Suffolk Superior Court on Oct. 7, 2013. Gause pleaded guilty and was sentenced today in Suffolk Superior Court.

AG Coakley’s Office has charged two other individuals with attempted fraud of The One Fund Boston. In August 2013, two brothers from Boston were charged in connection with an attempt to defraud The One Fund Boston of $2 million by submitting a false claim on behalf of their dead aunt. They are scheduled for trial on June 9.

This case was handled by Assistant Attorney General Gina Masotta of the AG’s Public Integrity Division, investigators Sallyann Nelligan and Jaclyn Morrill, Victim Advocate Lisa Solecki, the AG’s Digital Evidence Lab, and State Police assigned to the AG’s Office. The Albany Police Department, the Troy Police Department, and the New York Attorney General’s Office made significant contributions to the investigation. The One Fund Boston also cooperated throughout the investigation.

New York Woman Pleads Guilty, Sentenced to Prison for Defrauding One Fund Boston of $480,000 added by Tom Duggan on May 20, 2014
View all posts by Tom Duggan →