By Tom Duggan on August 12, 2020Comments Off on Newspaper Raises $15K in Scholarship Donations for Local Students 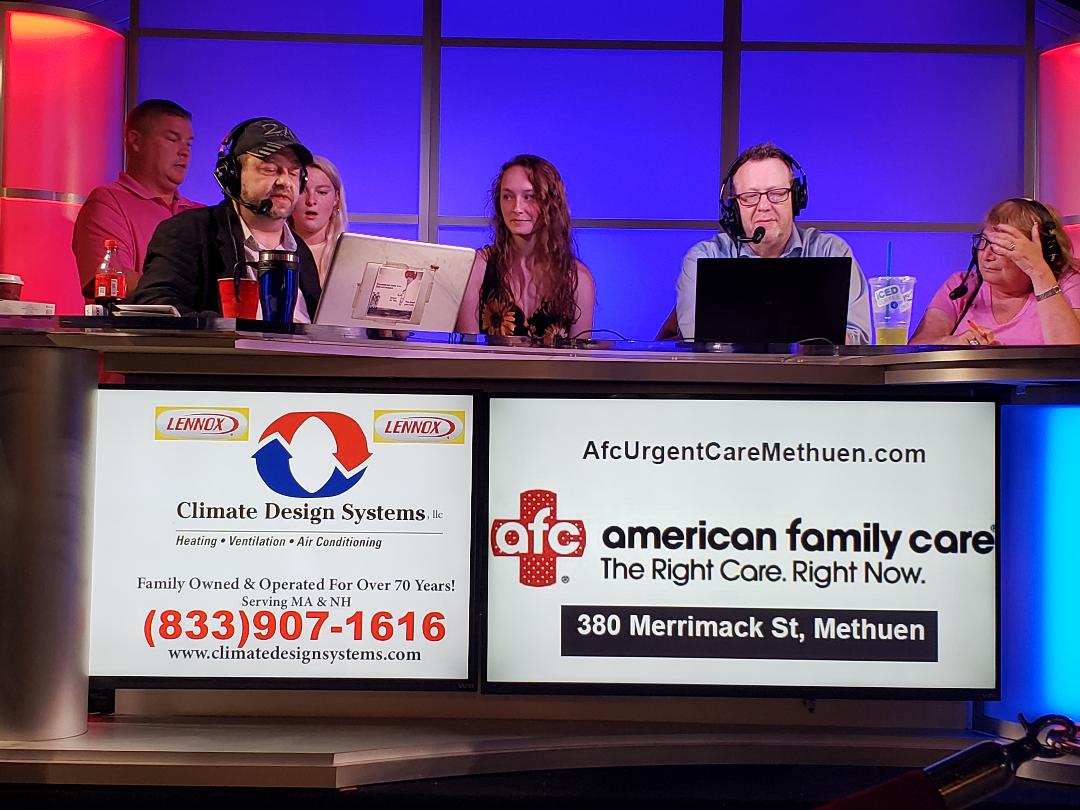 Each year The Valley Patriot newspaper holds a charity BASH Scholarship and Award Night in the third week of March. This year’s BASH was cancelled less than a week before the event but the BASH committee decided to hold an event at the podcast studio (Studio21 Podcast Cafe) for all the students who were to receive scholarships at the BASH. You can watch the whole video: HERE 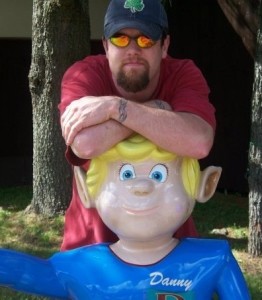 The Dan Coady Memorial Scholarship was established three years ago by Valley Patriot reader Al Veilleux of Haverhil to honor Dan Coady from Coady’s Towing who died in a tragic car accident on Rt. 495 while he was assisting a disabled motorist. Mr. Veilleux targeted the scholarship to a graduate of the Thomson Grammar School where Dan Coady’s kids attended when he was killed.

“Dan’s kids went to the Thomson School with my son and when he died I thought ‘we have to do something for him,” Veilleux said on the Paying Attention Podcast. “As a father I could never imagine a kid losing their father so young in life. 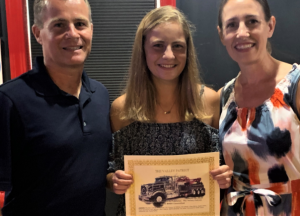 Ana will be attending the University of New England in the fall where she will be majoring in Physical Therapy and will go on to get her doctorate. 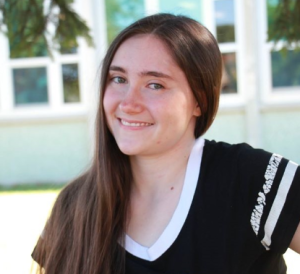 Ahlyia is a Methuen resident who had a 4.29 GPA and graduated sixth in her class of 372 students. he is enrolled in AP Physics and dual enrollment in English and History though Middlesex Community College she was a member of the honor society and was awarded the John and Abigale  Adams Scholarship. She also donated her time to work with Merrimack Valley ASAP for substance abuse prevention.

Ahlyia will be attending Rensselaer Polytechnic Institute. “I was originally going to be taking astronomy,” Ahlyia said on the Paying Attention Podcast, “but I changed my major to environmental science in order to purse an astro-biology career.”

This year Valley Patriot readers donated $2,900 for this scholarship. 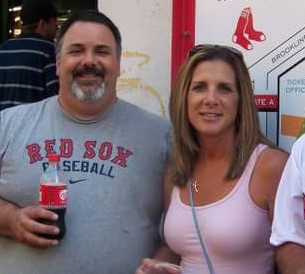 This is the first year The Valley Patriot is offering this scholarship. Michelle DeLuca Benedetti passed away of cancer last year. Her brother Ken DeLuca established this award with an $1,100 donation to go to a student majoring in social work or criminal justice. The recipient of this scholarship was chosen by Haverhill School Committeeman Scott Wood, who could not be in attendance. Haverhill High Principal Glen Burns did attend the event.

The Deluca family attended the award presentation to meet the student who won the award, including her brother Ken and her sons Ryan and Jonathan.

“She dedicated her whole life to helping the community. She was a social worker for the Department of Children and Families for 21 years.  She was a supervisor in the Haverhill office for the last few years. We are so happy to be able to present this scholarship in her name today.”

“My mom was a pistol and we were lucky to have her,” Benedetti’s son Ryan said.

“We miss her a lot, so we are trying to keep her legacy alive. This is a great way to do that. We are happy Jake is getting the scholarship and we are just happy that her legacy lives on.”

State Representative Lenny Mirra also attended the ceremony and donated $100 to this scholarship.

This year’s scholarship winner is Haverhill High School senior Jake Nicolosi, who is also captain of the wrestling team and now has the most wins of any Haverhill High student in the history of the school and won the New Englands.

Jake is attending Johnson and Wales University in the fall where he will be majoring in criminal justice.

Lauren comes from a long line of graduates from Whittier. She is graduating from Whittier majoring in Dental Assisting.

“My end goal is to be an oral surgeon. So, I have about eight to ten years of school ahead of me.” 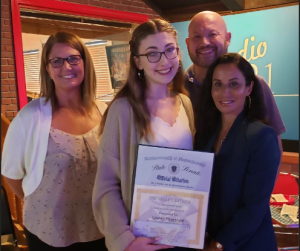 Lauren was also presented with a citation from State Senator Diana Dizoglio (D) Methuen, through her aid Callie who did the official presentation.

Earlier this year Patricia Perry of Methuen passed away after a short illness. She is the mother of Methuen Mayor Neil Perry who established this annual scholarship in March with two, $1,000 donations to students who are graduating from Methuen High School.

“My mom was born in Methuen, raised in Methuen, and died in Methuen. She passed away earlier this year in March right at the beginning of the Covid situation,” Methuen Mayor Neil Perry said at the ceremony.

“She worked for a number of businesses including working for the city of Methuen, she worked for a real estate company and also worked for the Commonwealth of Massachusetts for awhile. She was very active in the community. She volunteered for the Padre Pio Society, she was active in St. Monica’s Parrish. She was a firm believer in the goodness of people in general.”

“She was alway willing to give the shirt off her back to anyone who needed something, even when …. she wasn’t the wealthiest woman. She raised three sons, one who died at 28 years-old. She was married to a Methuen Police Officer, my father who retired as the Deputy Police Chief in Methuen. He then became the CCD director for St. Monica’s Parrish. My mom was a 1952 graduate of Searls Academy. She was all things Methuen and she loved her city.” 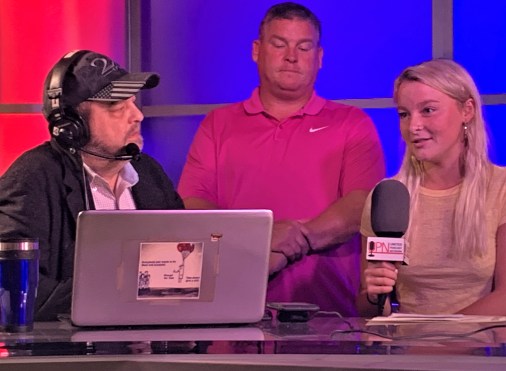 Kerri Horan is the first recipient of this scholarship. She played softball for Methuen High for three years and was also a cheerleader all four years. She will be attending Suffolk University in the fall.

She says she is considering playing softball for Suffolk but has not made up her mind yet. Kerri will be majoring in business in the fall.

Getting choked up, Kerri thanked Mayor Perry for starting the scholarship in memory of his mom. 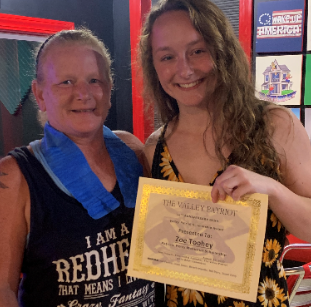 The second recipient of the Patricia Perry Memorial Scholarship is Zoe Toohey.

Zoe participated in indoor and outdoor track at Methuen High. She was on varsity and went to States every year.  Zoe was a co-captain for cross country her senior year and also volunteered with the youth track/ cross country program. She is in the top 5% of her class, earning high honors all throughout high school. She will be attending UMASS-Lowell in the fall. Coincidentally Mayor Perry also attended UMASS-Lowell.  She will be majoring in Criminal Justice.

This scholarship total is $2,700 split among each student. 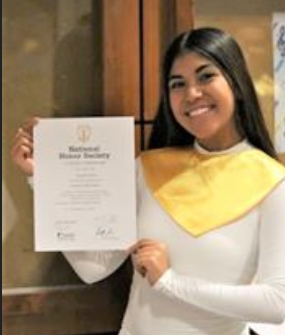 This is the ninth year The Valley Patriot has raised money for a scholarship for a Lawrence high School Graduate. This scholarship was repurposed in 2018 when 1958 LHS graduate Eugene Smith donating $1,000 and asked that the scholarship be targeted towards a student in the JrROTC program

This year’s scholarship recipient is Camilla Herrera who did not attend the scholarship ceremony.