By ValleyPatriot on March 27, 2015Comments Off on Nicholson Stadium, the Heart of the City of Methuen 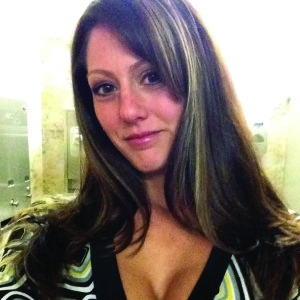 Nicholson Stadium was built in 1938, dedicated in the name of Arthur Nicholson in 1948 and is at the heart of the City of Methuen. It is centrally located, adjacent to both the Tenney and Timony grammar schools and the newly renovated Methuen High School, and provides easy access to Interstates 213, 93 and 495, as well as The Loop.

Initially the stadium was used for boys’ high school football exclusively. With time, the stadium’s role has expanded. Now, in constant use from March through November, it is currently the home of girls’ high school field hockey, girls’ and boys’ high school soccer, high school band, the Methuen Instructional League (T-ball), Relay for Life, Easter Egg Hunt, the July 4th fireworks display, and various other events. If the stadium is renovated, sports such as Youth Lacrosse would utilize the facility. Currently, due to field conditions, the stadium is basically unusable during times of inclement weather, and is used with discretion during regular sport seasons to ebb further deterioration. Since the stadium was built solely for boys, there are no female locker rooms. The stadium is not ADA compliant.

Since 1938 there have been no major renovations, just routine maintenance and partial cosmetic improvements, such as painting, when needed.

For several decades the city and local volunteers have tried to renovate portions of the property only to fall victim to budgetary constraints, building regulations or a failing economy. At a recent workshop on February 17, 2015, Mayor Steven Zanni, Community Development Director Bill Buckley and City Auditor Tom Kelly presented a plan where the stadium complex and surrounding property would have large-scale renovation, finally accomplishing all the failed past attempts. City Auditor Tom Kelly laid out a financial plan where the city would take out a bond, and the total cost of the renovations would be $4.6 million.

Currently, state funding for portions of the renovation has been secured, but unless the city begins to implement renovations, the city will be unable to secure more funding. Presently, $1.4 million has been secured, and $1 million has been committed to be raised. The bond needed for the completion of this project will be $2.2 million. According to City Auditor Tom Kelly, the City of Methuen currently holds bonds for recently renovated high school and grammar schools. If the city agrees to bond this project, the bond will be less than what is currently owed for the elementary schools, and would replace the current debt for the elementary schools. Property taxes for Methuen residents would not be raised.

The History and Timeline

For the last thirty-plus years, Nicholson Stadium has often been a relevant topic in the community. In 1986, when Methuen identified a need for more space and better fields, a “master plan” was established specifically to renovate the stadium, football stands and parts of the field needing rehabilitation. In 1994 an Open Space and Recreation Plan was established. The Long Range Field Committee recognized the need for additional soccer fields, more developed playgrounds and parks, better distribution of facilities, and necessary support for prior goals from the preceding decade. A Land Use Plan was created in 1997, calling for assertive implementation of the Open Space and Recreation Plan, to improve accessibility of facilities.

In 2005 a small group of residents put together a plan, including financing, to install artificial turf on Nicholson Stadium’s main field. The plan was stonewalled by the city, and the residents eventually walked away.

A 2nd Master Plan was initiated in 2007, relative to the previous Open Space Plan, to improve the quality of facilities and programs; improve handicapped accommodations; expand fields due to usage demands; and renovate high school and Pop Warner fields. It was clear that Methuen was not meeting National Recreation Standards.

In 2008, then-City Councilor Zanni gathered a group of residents and began private construction of a new clubhouse at the stadium. Construction was quickly abandoned after the foundation was installed, due to lack of funding and City Property requiring a formal bidding process.

In 2013, the Open Space and Recreation Plan was called upon to improve the City’s recreational facilities; provide necessary additional recreational facilities due to a growing population; and to complete Nicholson Stadium renovations and install field turf. Also in 2013, the Methuen Youth Sports Commission met with Mayor Zanni regarding necessary improvements to the Stadium. Some members of the Commission created a separate group, the MAIC (Methuen Athletic Improvement Committee). The MAIC organized a fundraiser in September 2013 at the Sons of Italy in Methuen to advocate the renovation of Nicholson Stadium. It quickly sold out.

A Stadium Renovation Presentation was given to the City Council in April 2014 to review stadium conditions, current needs, and potential cost of renovations. On Feb 17, 2015 a Stadium Renovation Workshop was held to review bids, architects, landscape engineering, and available funding through bond.

A Special City Council Meeting was held on Feb 23, 2015 with strong public participation, to discuss and vote on the Stadium’s renovation proposal. Five Councilors voted in favor; 4 Councilors opposed. The vote required 6 of the 9 councilors to approve.

Amidst public discord, a second special meeting was held on Monday, March 2 at 7 pm, at which time the stadium proposal was voted on, and ultimately passed, with 7 of the 9 Councilors voting in favor. 77 years after being built solely for boys’ high school football, Nicholson Stadium will be an athletic complex capable of fulfilling the needs of all Methuen’s youth.