By Tom Duggan on July 26, 2013Comments Off on North Andover Police Arrest Two for Stolen Tires 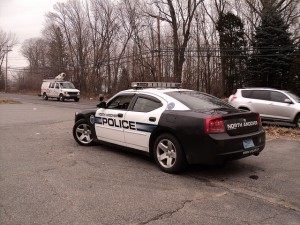 BREAKING… According to Lt. Charles Grey of the North Andover Police at 5:14 this morning a caller from Heritage Green Condo Complex observed two males taking tires off of an Accura.

Officers Reardon Whittaker and  Gilligan responded and found them in a minivan with two stolen tires. Officer Whittaker canvased the area and found another suspect in Woodridge on Gibson Court.

They were charged with larceny over $250 and transported to Lawrence District Court for arraignment.

Lt Gallagher says that the evidence was forwarded to Lawrence Police Crime Analysis Unit as they believe the two suspects are tied to a criminal activity in Lawrence.