By ValleyPatriot on February 26, 2013Comments Off on North Andover Residents in The March for Life: January 25th in Washington DC 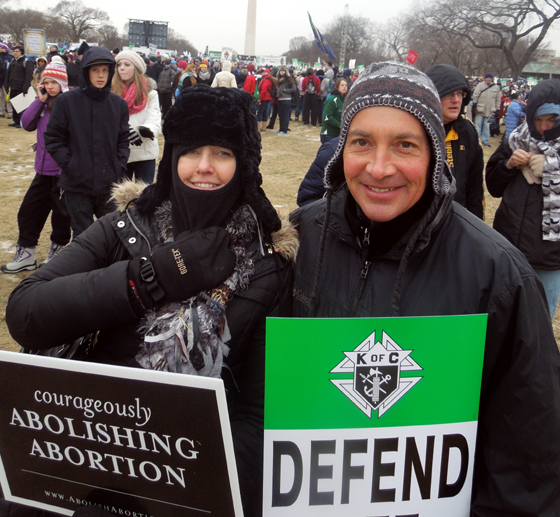 On January 25, my husband and I traveled by bus to Washington DC to march in the bitter cold to remember the 55 million unborn babies who have died in the last 40 years because of the infamous court ruling of Roe v. Wade that legalized abortion.

Although the March for Life is an annual event and draws a half-million people to our nation’s capital, many have never heard of it. The mainstream media does not cover it, let alone give it major coverage. Yet they gave full coverage to the Gun Control Rally that took place the day after the March for Life.

The March for Life is the world’s largest pro-life event with tens of thousands of young people traveling countless miles to show their passion for life. They even received an encouraging tweet from Pope Benedict: “I join all those marching for life from afar, and pray that political leaders will protect the unborn and promote a culture of life.” Pope Benedict tweets in nine languages reaching 2.5 million followers. 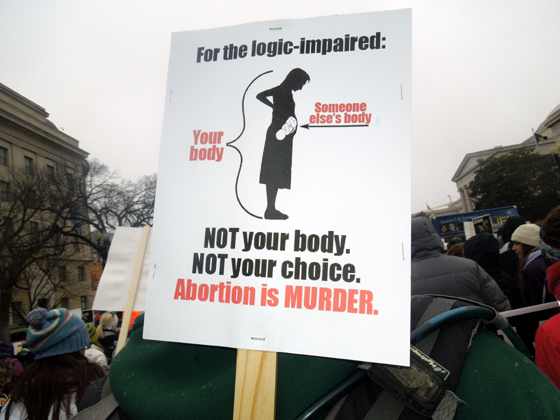 He went on to say that “we must never lose sight of the fact that we must work to overturn the law of Roe v Wade. But we must work even harder to make Americans understand that abortion is evil and it is unnecessary.”

When I was standing out in the bitter cold waiting for the March for Life to begin it brought me back to a cold December day a year ago when I met a young woman walking into the local abortion clinic in Haverhill. While I was praying at the clinic I turned to her and said “I can help you.” She walked toward me. She chose to keep her baby that day but then a week later I received a call from her saying that she had a miscarriage. When I arrived at the hospital she said “it wasn’t meant to be but I have no regrets. Thank you for being there.” One year later I walked into that same hospital to see her again but this time I held her newborn baby boy.

We are called to help one another even the unborn. To choose life is to choose happiness not only for the unborn but for their mothers and fathers as well. This makes me think of Mother Teresa’s quote: “Spread love everywhere you go. Let no one ever come to you without leaving happier.” I believe that the young woman I met at the clinic left happier that day.