By Frank MacMillan on April 27, 2016Comments Off on North Andover Sr. Center Discussion on Colon Cancer Awareness and Aging 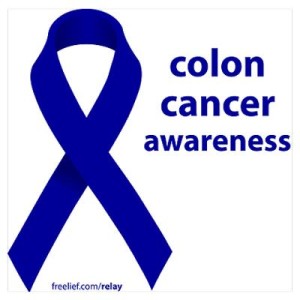 Las month on March 28th, I was invited by my good friend and fellow North Andover Board of Health member, Mr. Joseph McCarthy, to hold an interactive discussion at the North Andover Senior Center on colon cancer awareness and health matters related to aging. Though we discussed some ideas beforehand, we both agreed that telling Joe’s story and leaving the discussion open-ended would be the best way to engage the audience and let the discussion go where the audience wanted. We were not disappointed, and our audience was completely engaged as we let them roam from topic to topic. Rather than us guessing what they wanted to know, they told us by their questions. I can’t remember a more relaxed and fun event about a very serious topic, and where I had such a gracious audience asking Joe and I about things that just don’t come up in daily conversation.

Joe is a member of the senior center and already knows many of the people who regularly gather there. He began with a heart wrenching personal story of his own health history, and in particular his failure to follow the advice of his doctor to be screened for colon cancer, despite having a close relative recently diagnosed with the same. Like many of us, he just did not believe it could happen to him. He was an important and very busy man used to giving, not taking advice at the time of his diagnosis. He was working as an engineering executive with many people reporting to him in the energy field and working in the US Virgin Islands. At the time he was stricken ill, for all the world it looked like appendicitis. After a brief hospital stay on St Croix, he flew to San Juan, then Atlanta, then after a significant delay, he finally got back to Boston. All this time, the cancer had made a perforation, or hole, in his large intestine and it is amazing that he even survived it.

His next mistake was not taking an ambulance to the hospital. He was so sick and slouched over in the emergency waiting room, that a security guard thought he was malingering and told him to move along! He was then seen by a medical professional and quickly triaged to immediate surgery, which was successful. But in the recovery room, he got his real diagnosis from his surgeon, and it fell on him like a ton of bricks. When he went into the operating room, he was expecting appendicitis. In the recovery room, there was no hiding the truth that he had a locally advanced and perforated colon cancer. While the surgery was successful, he was not done with his treatment. 30 weeks of chemotherapy would be needed because the tumor penetrated through the intestinal wall, and not knowing what to expect, he was shocked at how devastatingly sick he would become on treatment. He tried to go back to work, and was very humbled and humiliated at how much loss of strength and stamina had occurred. After a particularly disastrous meeting, his subordinates demanded he take time off and not return until cleared by his doctor to return to work.

He did recover, and he is well over 10 years out, 5 years being the practical definition of a cure. If you ask him what made the difference, it was a positive attitude and healthy state of mind. Although he had his moments of despair, he did what he needed to do. He is now the poster boy for taking the easy way (prevention) and not the hard way (treatment) that he chose. We used this as a transition to discuss risk and rewards with the audience, and the discussion was lively and interactive. I pointed out that one in nineteen Americans will be diagnosed with a colon cancer by age 80 if they are not screened, and that family history doubles that risk. We discussed that colonoscopy is the best test for most, because it finds it at a precancerous stage (polyp) allowing it to be removed and thereby preventing the disease. There are other ways to screen that also are proven to reduce risk including stool blood and DNA tests. The best way for an individual would be to discuss personally with your own doctor.

If you ask people what they want from their health care, most will answer that they want to live well and prevent disease. I pointed out that lung cancer is the number one cause of cancer death, and that colon cancer is a close second. So by not smoking and getting a colonoscopy, you dramatically reduce your risk of a cancer related death.

We discussed screening related to aging, and when it is appropriate for most to be screened with colonoscopy and when to stop screening. This made a big impact to the audience. At age 75, not every person has the same health status. We know that some of us get there in relatively good shape, and some of us do not. In my own practice, I will usually have a frank discussion with the patient about how likely they would be to benefit, and also have a discussion on the risks, which are rare but real. Complications in a 50 year old are very different than someone who is over age 75. The American College of Gastroenterology does not recommend routine screening with colonoscopy over the age of 85, and the evidence suggests that the risks outweigh the benefits at older ages, so it must be an individualized discussion between ages 75 and 85, which really resonated with the audience. We had some great discussion on probiotics and the bacterial flora, also known as the human microbiome, which could be a topic on its own. It turns out that some bacterial species are found in association with cancer and others are not. Whether taking a commercial supplement can alter that risk remains to be proven, but it is a fascinating topic that we will learn about more in the years to come.

About one third of people in the United States who are eligible for colorectal cancer screening fail to be screened. These are the healthy people who are age appropriate and for a multitude of reasons just don’t seem to be able to pull the trigger and get it done. My friend Joe was among them, and he learned that there is an easy way and a hard way. He has the fervor of a religious convert and definitely feels that the easy way is the way to go. Go do yourself a favor and have a discussion with your doctor about what kind of screening you may need and whether screening for precancerous polyps makes sense for you!