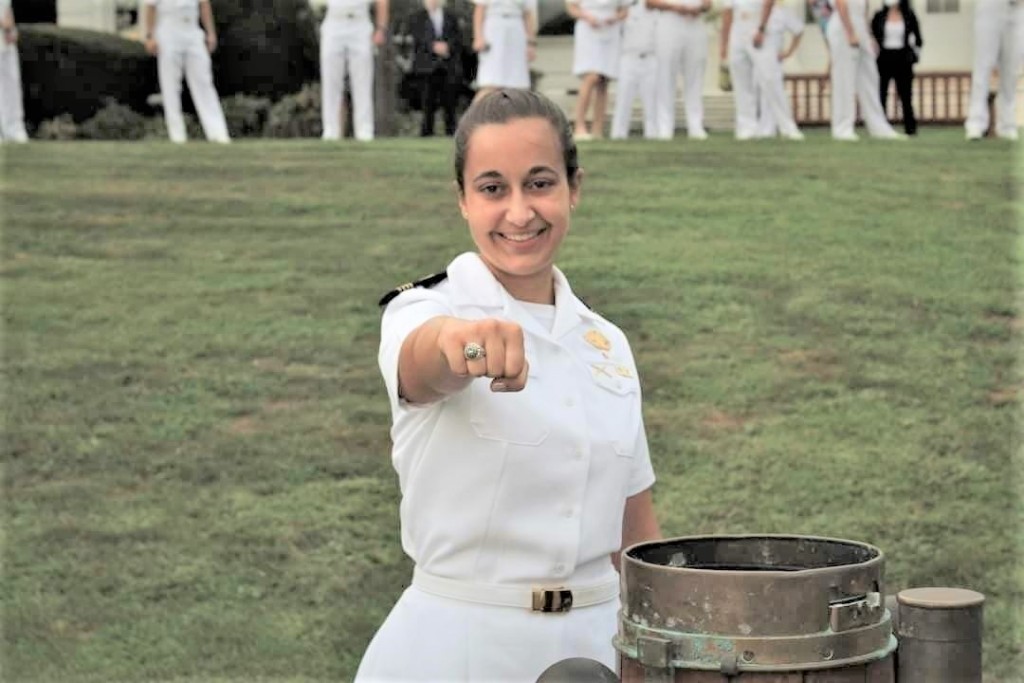 Christina Shea Hogan of North Andover recently graduated from the United States Merchant Marine Academy (USMMA) at Kings Point, NY. Hogan earned a Bachelor of Science degree and a commission in the U. S. armed forces. She also earned a Merchant Marine officer license, qualifying her to serve as an officer on any ship in the U.S. flag merchant marine.

All USMMA graduates incur an obligation to serve the United States. The U.S. Flag Merchant Marine – manned exclusively by American mariners – is essential for securing the country’s commerce in peacetime and delivering warfighters, weapons, and military supplies in times of conflict. The majority of “Kings Pointers” serve for eight years as Navy reservists in the Strategic Sealift Officer Program while working aboard U.S. flag vessels; others will serve on active duty in our nation’s armed forces.

By virtue of their elite training and real-world experience, graduates are ready to go on day one in service of American military strength and economic power. As part of her four-year education, Hogan spent one year training as a cadet aboard ocean going vessels.

Hogan will fulfill her commitment as a Third Officer in the US Merchant Marine and a US Navy Strategic Sealift Officer.

U.S. Senator Mark Kelly (AZ), a 1986 alumnus of the Academy, gave the commencement address and told the graduates “Your graduation comes at a particularly important inflection point in the United States history. Sea power matters now more than ever. And a big part of that is all of you.”

Dedicated during WWII, USMMA has since served the nation in both peace and war. Learn more at www.WeAreTheUSMMA.com
For more information about the Academy, visit https://www.usmma.edu ◊