By ValleyPatriot on January 27, 2014Comments Off on Now is the Time for the University of New Hampshire to Bring Back Baseball 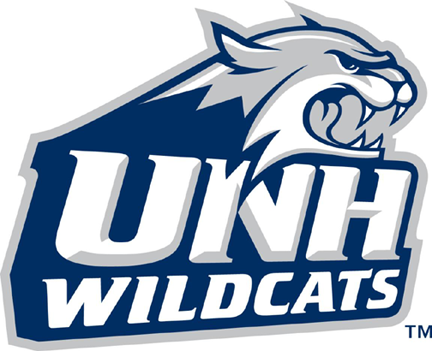 The founder of the modern Olympics, Pierre de Fredy, once observed that, “those who find themselves first in physical exercises are also first in their studies because serious commitment in one area promotes the desire to be first throughout.” By first eliminating the national sport of baseball from its athletic program and continuing to vehemently resist its return, administrators at the University of New Hampshire seem to have lost their way in bringing a well-balanced education, based on athletic and academic excellence, to our young adults.

In 1997, UNH dashed the dreams of some of its finest student athletes, and the aspirations of hundreds of high school athletes throughout New Hampshire, when it made the decision to eliminate its baseball program. Citing Title IX and “insurmountable” budget issues, the University reached a decision that few other state universities in New England found necessary.

Since that time, a large percentage of our state’s high school student athletes have faced the wrenching dilemma – attend one of the finest educational institutions in the nation while abandoning the hopes of being a college baseball player, or attend a different institution because they wish to continue their baseball career.

Baseball is one of the most frequently offered sports programs at the high school level in the state of New Hampshire. As a result, hundreds of students are attracted to the sport. However, the very first day that youngsters across New Hampshire sign up to play high school baseball, any dream they may have of playing and representing their state in that sport at the flagship university in New Hampshire have been taken away. From day one, our youngsters know they will never have the same opportunity or the awesome honor held out to youngsters in Maine, Massachusetts, Connecticut or Rhode Island: to represent their home state university in baseball or softball at the Division I level. This is a misfortune, compounded into a tragedy by the fact that it is so unnecessary.

The UNH mission statement states that “The University of New Hampshire has a long tradition of meeting the evolving educational needs of New Hampshire, and its citizens.” If you look at the state universities in Connecticut, Massachusetts, Rhode Island, and Maine, their baseball programs promote that mission for their high school students, because at least 40% of the participants in each program are in-state students. Baseball programs keep in-state students better than any other sport. Is UNH being true to its mission statement’s promise to serve New Hampshire’s needs by not having a program that overwhelmingly service in-state kids?

Invariably the money issue always arises. However, baseball at UNH would be one of the friendliest to taxpayers and the university, not only now but also in the future. I know this because since 1997, private groups and alumni groups have raised upwards of 5 million dollars in private funds to bring baseball back to UNH, a sum that is well above the actual start up cost for the programs. This is 5 million dollars that was offered to UNH, meaning that UNH would not have to spend any of its existing budget resources. So if the issue of money has been addressed, than why does UNH continue to hold out?

I truly believe that UNH is doing what is easy but not what is right. Athletics is major part of any university. It helps provide many life lessons for the athletes as well as build pride in the school community. UNH’s administrators continue to cut athletic programs and in the process are turning away in-state students who would participate in these programs.

There are some who have suggested that this is a fruitless fight. UNH has already stated that even with a fairly new university president in Mark Huddleston taking the helm in 2008, baseball is not “on the radar screen” and no money has been considered for a baseball program in UNH’s 2013-2014 budget. So why continue fighting? Because being a former athlete myself one of the lessons that I learned is that sometimes you must pursue dreams that others tell you do not exist. I will not tire until the dream bringing back baseball and implementing softball program at UNH is fulfilled.

To all alumni and friends of UNH baseball, let’s continue to seek what is right for the students at UNH. Speak out and write to your legislators, UNH administrators, and Governor Hassan. Hopefully, the powers at UNH will finally catch on.