By PeterLarocque on January 1, 2014Comments Off on Now the Real Healing Begins!

Almost four years ago at the inauguration and installation of Mayor William Lantigua which had the atmosphere of a coronation of a king, the posture and disposition of his administration was unveiled. Then, State Representative Lantigua entered the auditorium from the back and walked through the crowd of loyal supporters to the tune of Frank Sinatra singing, My Way! This song set the tone for what was to come. From that moment on, it no longer was about the City of Lawrence, it became all about him and those who supported him.

During the campaign, he refused to debate his opponents or even give interviews to any English speaking media, and he was proud of it. This most definitely was his way, but it was and never will be the American way!

He became so full of himself that he truly believed the lies that he would tell time and time again. Beginning with asking the State Legislature to deficit borrow so that he would not have to lay-off Police and Firemen, which after receiving the money, he immediately did anyway.

The next lie was telling the Lawrence citizens that he asked the state to come in and takeover Lawrence’s public schools. But anyone who was and still not under his mind control, knew that the state had already made its decision to take over the public schools due to his poor management of the schools as the Chairman of the Lawrence School Committee.

This tale was told at every State of the City Address that he made, which also included the other tale of him balancing four budgets in a row. But if the truth ever gets a hearing, the budgets were balanced by the State Overseer who came to Lawrence attached to the loan he received at the beginning of his administration.

So, Mayor Lantigua’s so-called achievements, came by the state doing the heavy lifting. Also during the last four years, many of Mayor Lantigua’s top officials were indicted and now are awaiting their trials, bringing much unwanted bad publicity upon our city. The City of Lawrence when talked about outside of the city, has a negative cloud over its head which does very little to attract businesses resulting in jobs for its citizens.

When re-election time came approaching, Mayor Lantigua dusted off his way of campaigning play book of four years ago, but this time he added to his bag of tricks.

The fixing of potholes and the paving of streets in neighborhoods began to take place, making it known he was doing this because he really cared. But in effect, one could say he was attempting to buy the peoples votes because if he really did care he would have done so earlier, don’t you think?

The truth of the matter is that these were state and federal grant funded projects which the Mayor had nothing to do with. He just added these projects to his list of accomplishments, placing large blue signs on the corners of the new paved streets lauding himself as the city’s most concerned Mayor. These blue signs, in actuality, had the same effect as campaign signs. But thank God more than half of the citizens of Lawrence saw through the lies and had enough.

We all know now what happened next. The election of 2013 took place and the recount which followed and after all said and done, Lawrence’s nightmare has come to an end! Come January 2014 we will be inaugurating and installing a new Mayor, former City Councilor, Dan Rivera! New beginnings for our city! 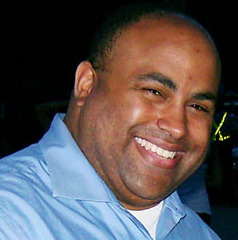 Lawrence will finally have a Mayor who will represent the entire city, not just a selected few. The people of Lawrence will now have their voice back which was taken away four years ago. The new Mayor has lots of work ahead to change the image of the city, and to do so he will need our help! All of us working together can make the city better. We can and we will make it happen!

In closing, my intent here is not to dump on our former Mayor as he exists, but to collaborate or prove my remarks describing the former administration. Here is Mayor Lantigua’s own words during his concession speech to Mayor-elect Dan Rivera; “If my name were John Sullivan and I looked like some of you, my face would be on the cover of Money magazine or Forbes because of what I’ve done”.

These are words that can only come from a man who is full of himself and who insisted on doing things his way! These words from his own mouth concerning himself sum up the last four years.

Proverbs16:18, “Pride goeth before destruction and an haughty spirit before a fall.”

Thank God This Nightmare is Over!

God Bless you all and God Bless the Great City of Lawrence!

Merry Christmas to all and it already is going to be a Happy and Safe New Year!