By Christine Morabito on August 8, 2011Comments Off on Obamacare: Lies and the Lying Liars Who Told Them (Part 1) 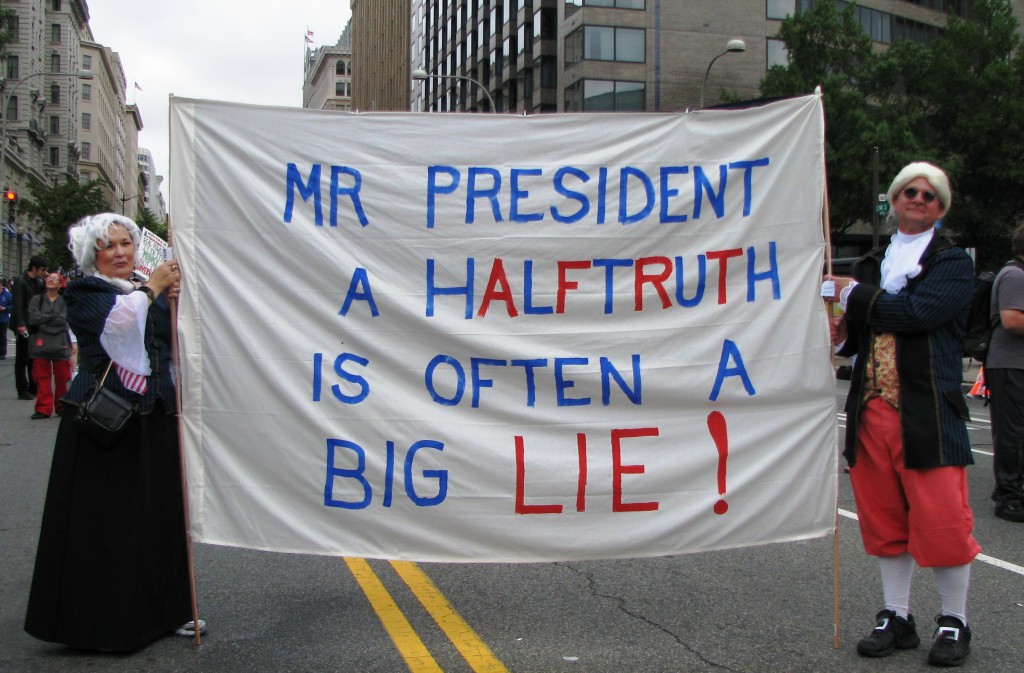 On March 23, 2010 President Obama signed into law the Patient Protection and Affordable Care Act, the most far-reaching piece of legislation ever concocted. With the budget crisis taking center stage, we can lose sight of the danger looming just around the corner—the full implementation of Obamacare in 2014. In my next two columns I will illustrate how every claim made to pass this bill was a blatant lie and why we must keep pressure on our lawmakers to repeal it.

LIE: If you like your health plan, you can keep it.

Sure, in theory. Obamacare forces providers to fully cover preventive care – as in no co-payments. Your insurance company will be required to provide free physicals, mammograms and colonoscopies. A mind-numbing list of benefits must be covered whether or not people need or want to pay for them, including in vitro fertilization, chiropractic care, obesity prevention, substance abuse treatment and psychiatric care. Single men and even women past child bearing age must have coverage for maternity and well-baby benefits. Annual and lifetime caps will be extinct. Who will pay for all this free care? Who indeed?

The government is demanding more and more from insurance companies and then demonizing them for raising their rates. Obamacare just may push them to the brink and force them out of business.

The Centers for Medicare and Medicaid Services estimates that 14 million Americans will lose their employer provided coverage. Employers are already scaling back on insurance offered to their employees in order to remain profitable. (I know liberals twitch at the word “profitable,” so feel free to substitute “in order to keep people employed.”) When Obamacare is fully implemented, many existing plans will not qualify under the new regulations.

But never fear; the government will rescue us with health care exchanges, heavily subsidized by we the people. Unlike in the private sector, government programs don’t have to operate efficiently; it’s only taxpayer money — they can always get more. Any private insurance companies still clinging to life at this point may be unable to compete.

LIE: You can keep your current doctor.

Thousands of physicians, overburdened by regulations and poor reimbursements, are choosing early retirement or closing their private practices and becoming salaried employees of hospitals and clinics.

These are the same doctors Obama accused of amputating body parts unnecessarily to make more money. Doctors are tired of being vilified, fending off frivolous lawsuits and being told how much money they can make. Don’t doctors have the right to charge for their services – or are they slaves? Next they’ll be forcing doctors to offer free care and dictating which specialty they must pursue (for more information, see Communism).

No family making less than $250,000 a year will see a tax increase. For starters, in 2014, if you fail to obtain government approved health insurance, you will pay a tax penalty, starting at $695 per person, assessed on a sliding scale according to your income. This is the infamous mandate, headed to the Supreme Court, based on lawsuits filed by 26 states claiming it is unconstitutional for the government to force you to buy a product.

LIE: Obamacare won’t add one dime to the deficit.

This is technically true. According to the Congressional Budget Office, it will add between 2 and 3 trillion dollars to the national debt over the first 20 years. Proponents of Obamacare used fiendishly clever accounting gimmicks to disguise the true cost. For one, taxes began in 2010 yet spending does not start until 2014.

The sleaziest trick of all was the notorious “doctor fix”. To fund Obamacare, the government planned to reduce payments to physicians and hospitals. When healthcare professionals failed to support the plan, the reimbursements were replaced under a separate bill to hide the cost.

Obamacare also expands Medicaid coverage by about 24 million people by 2015, saddling the states with a huge financial burden.

Consider government’s track record of projecting costs: The House Ways and Means Committee estimated Medicaid would cost $238 million in its first year. The actual cost was $1 billion. Medicare’s estimated budget for 1990 was $12 billion but actual costs were $110 billion.

And I thought I was bad at math.

If you’re smarter than a fifth grader you know this can’t possibly be true.

Agree or disagree, Obamacare makes it illegal for insurance companies to deny people with pre-existing conditions. But consider how this will be abused when thousands of people “game the system” and simply wait until they are diagnosed with an illness, require surgery or sustain an injury to obtain insurance. This is currently happening in Massachusetts where people sign up when they get sick and then drop coverage when their treatment ends. Insurance only works because the healthy subsidize the sick. With so few people paying into the system, it will break.

Also not paying into the system will be the 1,372 privileged, politically connected companies and unions who have received waivers from the government (many in districts represented by Obamacare’s biggest cheerleaders, Harry Reid and Nancy Pelosi).

If this reform is so fabulous, then why are so many organizations clambering for waivers? Perhaps they realize that this obnoxious 2,562 page law will ruin health care as we know it, destroy jobs, and increase our dependence on government.

Learn more in next month’s column.