By ValleyPatriot on January 23, 2014Comments Off on One in Five Children Have a Mental Disorder; Lower the Risk Before Pregnancy 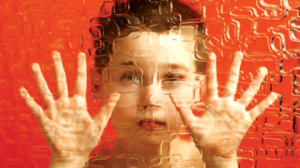 One in five American children today has a mental disorder and the rate is rising, according to a report from the Centers for Disease Control and Prevention (CDC). Affecting 13 to 20 percent of youth under 18, mental disorders impact a child’s behavior, ability to learn, and cope with their emotions.

Although researchers don’t have a definitive explanation for the rise, studies have linked a mother’s autoimmune disease during pregnancy, environmental chemicals, and industrialization of food with the rise in childhood brain disorders.

All of these factors profoundly affect the developing brain in utero and can lead to a brain disorder in childhood.

The rapid rise in the rate of childhood brain disorders is alarming and unnerving. For instance, one study showed the rate of hospital stays among children for mood disorders increased 80 percent since 1997. Inpatient admissions for mental health issues and substance abuse increased 24 percent between 2007 and 2010.

The brain begins developing as early as the first trimester and is profoundly impacted by the health of the immune system. When a pregnant woman has an unmanaged autoimmune condition, such as Hashimoto’s hypothyroidism, type 1 diabetes, rheumatoid arthritis, vitiligo, etc., it means her immune system is imbalanced and overactive. Research has shown that some mothers of children with autism carry immune compounds called antibodies in their bloodstream that react against proteins in the brain. These antibodies damage the developing brain of the fetus while in utero and may cause autism. Women with autoimmune disease are more likely to carry these immune antibodies.

A parent’s diet, physical activity, stress hormone levels, and exposure to environmental chemicals are other examples of factors that can affect a child’s brain development beginning in utero.

The rising rate of childhood brain disorders is a pressing concern that will continue to affect all aspects of society. Although there is no easy answer, parents-to-be can lower their risk of giving birth to a child with ADHD, autism, or other brain disorder by limiting exposure to environmental toxins both in the home and outside (for instance, rates of autism are found to be higher in those whose mothers lived near freeways during pregnancy), eating a whole foods diet free of common food sensitivities (such as gluten), and testing for and managing any autoimmune reactions.

Dr. Jin Sung is a chiropractic physician who offers a unique, drug-free, and effective approach to the management of chronic health conditions. He utilizes Brain Based Therapy and Functional Medicine approaches to achieve excellent results with his patients. Call 978 688 6999 or visit www.DrJinSung.com