By Christine Morabito on October 13, 2015Comments Off on Organic Foods: Not as Healthy as You Think 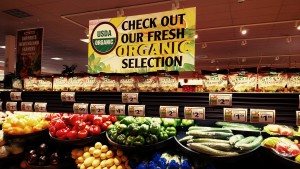 Organic farming has become a multi-billion-dollar industry. What you don’t know about it may surprise you.

Eating organic is supposed to be healthier and better for the environment. However, there is a serious lack of evidence that either of these things is true. It seems these food purchases are more about perception than reality.

While contamination is possible with any food, bacterial risk seems to be greater in organic produce because their major source of fertilizer is manure, as opposed to synthetic fertilizers. To render it safe, manure must be “aged” properly – 130 degrees F. for about two months. Dennis Avery, director of the Center for Global Food Issues at the Hudson Institute, writes in his piece, “The Hidden Dangers in Organic Food,” the problem is compounded by their resistance to using traditional chemicals or irradiation to kill the dangerous bacteria.

How can this be? Organic farming is regulated, right?

After the passing of the Organic Foods Production Act of 1990, the National Organic Program was given authority to monitor all U.S. agricultural products (animal and vegetable) marked “organic.”According to the U.S. Department of Agriculture, (USDA) organic farmers pay a certification fee ranging, from a few hundred to several thousand dollars.

The growers must then hire a regulator to inspect them. Anyone see a problem with that? As you can imagine, enforcement is far from stellar. As Mischa Popoff, a former organic farm inspector, documented in his book, “Is it Organic?” the system is honor based, with inspections consisting of interviews with farmers and examining paperwork claiming the producer has followed the rules. Surprisingly, there are no inspections of the crops themselves. Efforts to do so have met fierce opposition. This lack of transparency was a red flag to Popoff that the system is terribly flawed.

Michael Potter, founder of organic Eden Foods, says this system “invites and encourages fraud.” He refuses to use the USDA “certified organic” seal on his products. 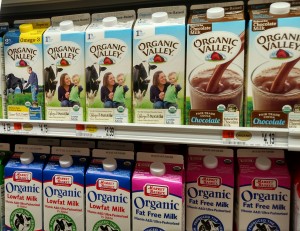 In 2014, the Organic Program’s budget was increased by 40 percent, much of which was earmarked for enforcement. As with most government programs, throwing money at a problem rarely helps.

It is a myth that buying organic means supporting small farms. Kellogg, General Mills, Kraft, Coca-Cola, Wal-Mart, ConAgra and others have jumped on board in a big way. One of President Obama’s first appointments was Michael Taylor as senior advisor to the Food and Drug Administration (FDA). Ready for this? Taylor is a former vice-president and lobbyist for Monsanto – the green movement’s nemesis.

The organic industry claims to use only natural techniques to enhance the soil and protect crops. Even if this were true, it begs the question: Since when is the word “natural” synonymous with safe? Many natural substances are harmful, even poisonous to humans. Natural pesticides are no better for the environment. They tend to be less species specific, meaning they unintentionally kill “good” insects like predatory bugs, butterflies and bees.

The risk from eating traditionally grown food is not that we ingest chemicals, per say, but the residue from those substances. There’s a big difference. When testing is done with laboratory rats – which have an entirely different anatomy from ours – they receive significantly higher doses than any human would ever ingest. As a result, many substances have been unfairly deemed harmful or carcinogenic to humans, when, in truth, the poison is in the dosage.

When buying organic products from overseas, all bets are off – especially those imported from countries ripe with corruption. Whole Foods sparked outrage when it was discovered they were selling so called “organic” produce from China.

Patrick Moore, co-founder of Greenpeace sees no net benefit from organics. In his book, “Confessions of a Greenpeace Dropout,” he writes, “The word organic as it is used in organic farming, is not a scientific or technically meaningful term.” Organic producers are allowed to use a myriad of inorganic substances (like ethanol and iodine). The list of synthetic chemicals they are allowed to use is longer than the list they can’t. 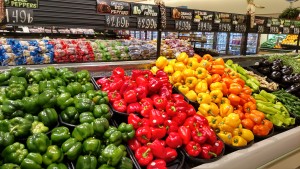 While organic farmers like to demonize everything synthetic, they have no problem using man-made painkillers or synthetic micronutrients, like zinc, copper, iron and others. They denounce hormones, yet are allowed to use the hormone, oxytocin.

Moore says some environmentalists have an irrational fear of genetically modified organisms (GMOs). Since man first began growing his own food it has been “engineered.” Through selective breeding for desirable traits, virtually everything we eat has been altered from its original form. Most of our produce; even chickens and cows no longer resemble their wild ancestors.

Due to its low productivity, organic farming requires that more land be cleared in order to grow the same amount of food. Dennis Avery says if we switched to organic farming, we would have to cut down 10 million square miles of forest.

We are able to conserve the remaining wild places, in part, because of the miracles of modern farming. By altering plant genetics we are able to increase yield, use fewer chemicals and feed millions more people on less land. Science writer Christie Wilcox, said it best, “New technology isn’t the enemy of organic farming; it should be its strongest ally.”

Naturally Dangerous: Surprising Facts About Food, Health and the Environment

Myth busting on pesticides: Despite demonization, organic farmers widely use them

Recalls of Organic Foods and All Foods on the Rise

Carrageenan: The chemical hiding in your organic food