By Tom Duggan on October 19, 2013Comments Off on Paying Attention with Tom Duggan (10-19-13) Topics: Erin Cox, The PAWS Act, Nancy Greenwood and MORE! 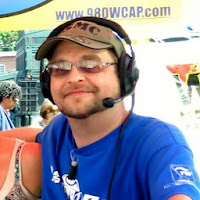 Today Tom goofed on station owner Colonel Sam Poulten just for fun and … because he’s the only one who can get away with doing it. Tom also defended Jerry Nutter who was criticized for making crass comments in  blog post as he was being nominated for a local board.

Massachusetts State Senator Bruce Tarr called in to talk about the PAWS ACT which, if passed would created an animal abuser offender registry in this state and increase penalties for those convicted of abusing animals. Why the Red Skins controversy is really a fake controversy and how liberals misuse NAZI references.

WCAP’s Nancy Greenwood of Greenwood Insurance in Methuen attacked our Veterans who protested in Washington DC over the government shutdown and Tom played the audio of her calling our veterans “stupid”. This conversation lead to how liberals and Democrats decry labeling, stereotyping and name calling until you disagree with them. Tom’ favorite topic media bias. Erin Cox controversy in North Andover.