By Tom Duggan on July 16, 2018Comments Off on PAYING ATTENTION with TOM DUGGAN: A Sane Immigration Policy that Democrats Hate 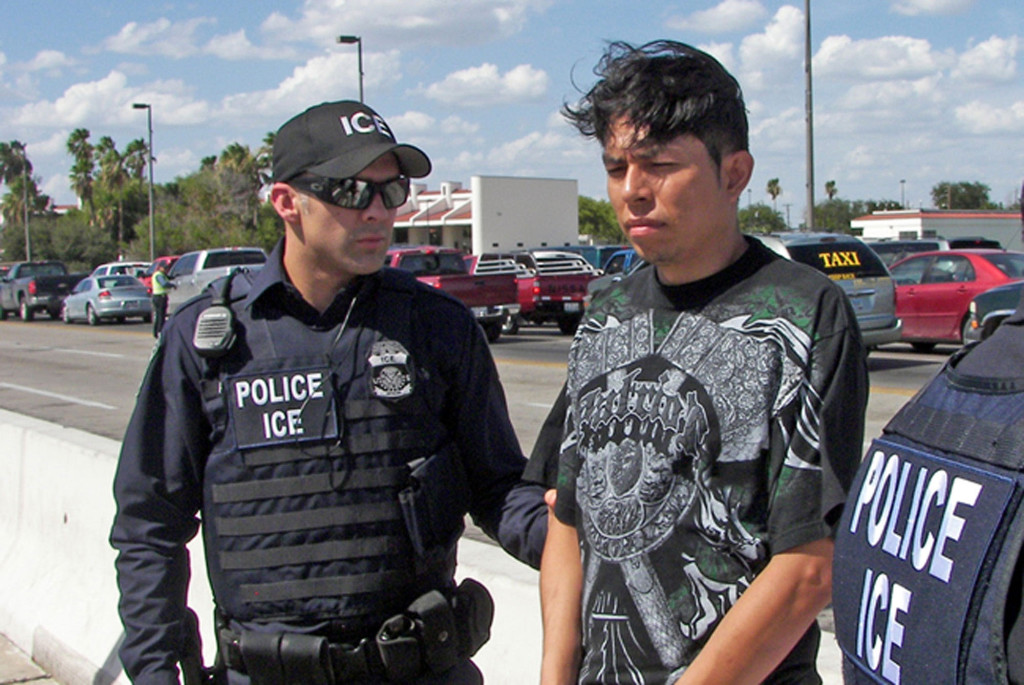 With all the lies and misinformation in the so called “news” industry, it’s important to keep focus on what is real and what is true when it comes to the immigration debate.

Sure, we all have opinions on immigration and illegal aliens, but before we can even approach a solution we have to understand that both sides of this issue are talking past each other.

In order to be able to call Trump and his supporters “racist, anti-immigrant or anti-immigration” for wanting to deport illegals, those who support open borders refer to illegals as “immigrants”. They purposely want the public to be confused between illegals and “immigrants” as if they are one in the same.

First, despite what you see on CNN every day, we Trump supporters are not against “immigration.”

For the 25+ years I’ve been publicly debating and lecturing on the subject of immigration; I have always espoused the belief that controlled, legal immigration is a good thing for everyone. It is not illogical or inconsistent to be both, in-favor of expanding legal immigration (as I am) while also being in favor of deporting illegal aliens who broke into the country without permission.

When clueless pundits on TV talk about a “broken immigration system” they are usually talking about the way we handle illegal aliens. That part of the system is not broken it just hasn’t been enforced. It doesn’t need fixing, it needs government officials who will do their jobs. Problem solved.

What IS broken, is the system governing legal immigration, with outrageous waiting periods, overwhelming costs, and requirements that most often leave people in limbo for decades.

People like me (core Trump supporters) advocate making it easier for people to come here legally. It should be easier, less expensive, and I would argue, better for America if we could increase the number of people who come here legally.

I (we) also believe that our government should try to select immigrants who are not hostile to our freedoms, our culture, or our way of life. Why would we, as just one example, allow avowed Nazis into the country to cause trouble when we could instead bring people from the Dominican Republic who have family here? This is about being compassionate, but it’s also about self-preservation and what’s best for us.

People who want to become Americans and assimilate into our culture should be welcomed and given preference over those who do not. In fact, anyone who doesn’t want that, shouldn’t be allowed to come here at all.

A SANE COMPROMISE ON ILLEGAL IMMIGRATION

It’s clear the democrats in power in Washington D.C. want open borders with no restrictions. They want everyone on the planet to come here, get on welfare, get citizenship, and be indebted to their masters in the Democrat Party for generations to come.

They oppose a wall on our southern border and oppose deporting anyone who is here illegally, no matter what crime they may have committed. Party leaders even warn the public when Immigration and Customs Enforcement (ICE) are rounding up rapists, child molesters, and murderers.

On the other side of this debate are the Trump supporters who see this nonsense and want everyone deported.

They (we) have had enough of being demonized and made second class citizens in their own country.

But, there is a middle-ground compromise here that would benefit America as well as the illegals who are already here – that is – if the democrats in congress would stop selling out Latinos and think about “the children”.

If Trump builds a wall to stop the drugs, guns, gangs, terrorists, and illegal aliens from streaming across the border without our permission; and if we deport anyone here illegally who commits a felony, then we are open to the idea of letting those already here illegally to stay in the country.

They certainly don’t deserve citizenship because they broke the law. There are too many people in line ahead of them. But I’d be perfectly fine with giving them resident status to allow them to work, pay taxes, and “come out of the shadows”.

But, the minute an illegal alien with resident status is found to be beating their wives, drunk driving, raping children, selling drugs, or committing other felonies – no matter how long they have been here – it’s time to go home. There should be immediate deportation so we can make room for other immigrants who want to come here and behave themselves.

Does that sound like the position of a racist who only cares about skin color? I hardly think so.

The Democrats said no.

CNN and the rest of the Democrat controlled news media went into a tizzy saying that the “Trump base” would never stand for amnesty of any kind. They predicted a civil war among Trump supporters saying, in effect, that Trump supporters are a bunch of racists who only oppose immigration because the people coming here have brown skin.

They were wrong. No civil war among the Trump base took place. Instead, most Trump supporters were open to the idea. That’s because it’s never been about skin color.

As a solid member of Trump’s base I am most concerned with the future, not the present. I don’t care about race I care about behavior. I would sooner deport an illegal alien from Ireland who beats his wife than a Dominican who is working hard and trying to live the American dream.

I would dare say most Trump supporters feel the same way. But, you won’t see that on CNN or the rest of the liberal news media. They are bought and paid for by the Democrat party.

Sadly, the people standing in the way of any compromises like amnesty for a wall, are the Democrats in power.

They are petrified that all of those new American citizens might not be indebted to the Democrat party anymore and they might actually start to vote for Republicans. Or not vote at all.

So, the Democrat Party message is; ‘to hell with Latinos and immigrants if they aren’t going to be on our team.’

That doesn’t sound like a party that cares about “immigrants” or “Latinos”.

It doesn’t sound like a party that cares about racism or inequality.

It sounds like a party that cares about itself and holding on to political power.

All the while they are lecturing the rest of us about how morally superior they are for caring about the poor and racial minorities.

I firmly believe that if Latino “immigrants” started voting republican in overwhelming numbers, Trump supporters would not change their stand on deportations or building a wall. I certainly would’t.

Democrats like Elizabeth Warren and Ed Markey however, would be down at the southern border building a wall with their bare hands and citing the rule of law as their guiding principal.

Their opposition to Trump’s amnesty proposal is proof of that.