PAYING ATTENTION! with Tom Duggan – Why is Lowell Wasting Your Tax Money on Hydrants?

By Tom Duggan on February 18, 2014Comments Off on PAYING ATTENTION! with Tom Duggan – Why is Lowell Wasting Your Tax Money on Hydrants?

MADE IN THE USA?

If you told me when we started this newspaper ten years ago that I would be writing a column about fire hydrants someday, I couldn’t even imagine a scenario where I would want to do such a thing.

But, when I learned last summer that local taxpayers in Massachusetts are losing millions … maybe billions … of dollars on phony fire hydrant bid specifications, I couldn’t resist the temptation of trying to make this complicated issue interesting enough to my readers to educate you and maybe even save you some money in the process.

You see, there are only a few major fire hydrant manufacturers, Darling, Kennedy, and Mueller to name a few. They provide the vast majority of fire hydrants and supplies to cities and towns across the country.

Because there are only a few companies and very little competition in the industry, these corporations can pretty much charge whatever they want when cities and towns are forced to buy new hydrants. 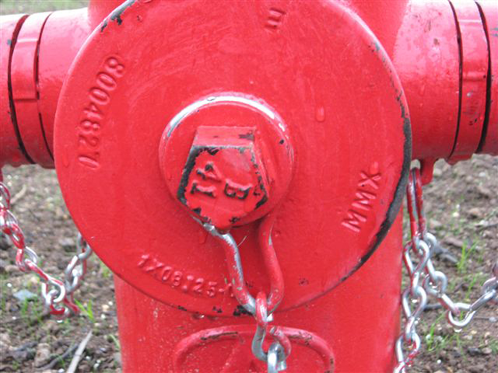 If you look at the Mueller or the Darling fire hydrant (for example), they are American companies that freely reveal on their websites that their parts are made in China and shipped to U.S. to be assembled and tested here.

Looking at the fire hydrant photo on the right, you can see the markings on the base of the Darling hydrant stamped “MMX”.

MMX is a foundry in China that makes fire hydrant parts.

So, when smaller hydrant companies like Water Line Supply, LLC of North Andover comes along and offers to sell fire hydrants to local cities and towns at a better price, hydrants that are made and assembled in China … well, funny things start to happen.

Let’s take a look at how the City of Lowell handles purchasing fire hydrants.

In 2010, Scott Lindquist of Water Line Supply in North Andover bid, and was awarded a contract by the City of Lowell to provide fire hydrants.

“The last time we bid in Lowell we were awarded a contract. We saved the taxpayers thousands of dollars because our fire hydrants are exactly the same as the others and we are less expensive,” Lindquist told the Valley Patriot.

“We supplied 16 fire hydrants to Lowell and we serviced the city very well. We were never told of any problems with the hydrants on our end, Lindquist says.

Two years later on April 5, 2012, The City of Lowell changed the requirements for purchasing fire hydrants, prohibiting the purchase of hydrants not “made in the United States.”

“Lowell Regional Water Utility prohibits the use of fire hydrants not manufactured in the USA. The United Fire Flo model F-06 does not meet the specifications as it is manufactured in China.”

Scott Lindquist of Water Line Supply in North Andover bid on that contract anyway, saying that the prohibition was illegal and was artificially inflating the cost of fire hydrants to the taxpayers.

His bid was rejected because, Lowell officials wrote, his hydrants were not “made in the USA”.

According to documents from the City of Lowell, a fire hydrant distributor called Ferguson was granted a contract to supply the Kennedy Hydrant Model KD1-D on June 13, 2013.

Kennedy is a subsidiary of larger corporation called McWane, which owns manufacturing facilities in China and according to their own website, all over the world.

Let’s say over the next two years Lowell buys 200 fire hydrants at these artificially inflated prices because of a phony “made in the USA” requirement.

Identical hydrants supplied by Water Line Supply (at $1,400 per hydrant) would only cost to Lowell taxpayers $280,000.

Now project those 2 years out to ten years. Lowell will be paying more than $1.6M for hydrants that would have only cost $1.4M. That’s $200,000 thrown out the window while your local city council struggles to find money in the budget for cops and firefighters every year.

Plus, without the “made in the USA” requirement in Lowell, the mere presence of a bid by Water Line Supply (even if they don’t get the contract) would result in Ferguson and other hydrant companies lowering their bids to compete with Water Line’s prices.

It’s a win-win for everyone… well, everyone except the (3) large hydrant corporations who enjoy a near monopoly on “American made fire hydrants” (or simply assembled here in the USA).

So, why are Lowell officials more concerned about lining the pockets of major corporations than saving every penny of your Lowell tax dollars?

One can only speculate without doing further investigation. Maybe that’s a question Lowell taxpayers should be asking their city councilors and DPW officials.

After all it’s not their money, it’s yours. And you have every right to say how it is spent.