By Tom Duggan on January 27, 2020Comments Off on Perry Names Atty. DiNatale Chief of Staff 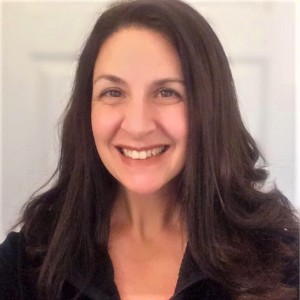 Despite protests by his political enemies who dislike outgoing school committee member Attorney Jana DiNatale because of her role in Neil Perry’s 71% win on election day, newly inaugurated Methuen Mayor Neil Perry has announced he has indeed hired DiNatale as his chief of staff in city hall.

Prior to the announcement of DiNatale to the position, councilor Steve Saba (who campaigned against Perry) orchestrated a public discussion at a city council meeting to express his displeasure that Perry might hire DiNatale claiming it would violate the city charter’s cooling off period.

This, despite the fact that the city charter says an outgoing school committee member cannot take a job in the school department, Saba mislead the public to believe that it would prohibit DiNatale from taking the top job in the mayor’s office.

Perry then sought an opinion from KP Law, formerly Kopelman and Paige, who cleared Perry to hire DiNatale and stated that her hiring did not violate state law or the city charter.

Perry also announced that Tom Lussier will serve as Director of Strategic Initiatives.

“I’m very excited that Jana and Tom have agreed to join my Administration – combined, they bring decades of experience in municipal and state government to our team. Working with people that I trust is very important to me – especially as I embark on this new life experience,” Perry said.

“I’m grateful they both have accepted my invitation to help me implement my goals for the City of Methuen,” Perry added.

Perry recently completed a nearly 40-year career as a senior executive at Raytheon. A third position in the Mayor’s office – the Administrative Assistant to the Mayor – is currently being advertised and will be announced later this month.

A press release by Perry addressed the faux controversy about DiNatale taking the chief of staff position.

Attorney Klein opined, “…an individual whose term on the School Committee expires can then be appointed as the Mayor’s Chief of Staff and further that the one (1) year employment/appointment prohibition only applies to city positions that fall under the jurisdiction of the School Committee (for example – Superintendent, School Administrators, teachers, paraprofessionals, etc.).

Attorney Klein’s opinion was also affirmed by Attorney Lauren Goldberg, the managing partner of KP Law and one of the foremost charter experts in the Commonwealth. Perry has also reviewed the circumstances of DiNatale’s appointment with experts at the Massachusetts State Ethics Commission.

“I appreciate the questions that some have raised regarding Jana’s status; however, I am very confident that my decision is based on a clear and appropriate interpretation of Methuen’s Charter,” Perry said.

Attorney Klein’s opinion, together with background on Attorney DiNatale and Mr. Lussier, is below.

After law school, she spent two years working with Superior Court Judges across the Commonwealth on all types of civil and criminal cases. Attorney DiNatale worked with some of this state’s most distinguished judges, including the Honorable Hiller Zobel, the Honorable Carol Ball, the Honorable Isaac Borenstein, the Honorable Peter Agnes, the Honorable Howard Whitehead, the Honorable Mary-Lou Rup, and Chief Justice Dortch Okara, the first woman to become CJAM for the Trial Courts.

In 2014, Attorney DiNatale left the District Attorney’s Office to focus on family and community. Soon thereafter she was appointed to the Methuen School Committee and went on to be elected to two more terms. She decided not to seek re-election to a third term, as her children were out of Methuen Public Schools and she felt a parent should have the opportunity to serve on the committee.

Attorney DiNatale has been a local activist who cares deeply about Methuen and its residents. Over the past five years Attorney DiNatale has contributed hundreds of hours to local groups and organizations with the goal of bringing unity and collaboration to our community. She is the founder of two Methuen groups, Methuen United and MethuenMARocks, she has served for over 10 years on the Timony Parent Teacher Organization, and she has contributed generously to other groups and events over the years.

Tom Lussier is President of The Lussier Group, a governmental affairs consulting firm based in Massachusetts. The Lussier Group offers a full range of government-related consulting services and legislative representation primarily focused on public employee pension and health benefits. Recent clients have included the Retired State, County, and Municipal Employees Association of Massachusetts and the California Public Employees Retirement System. In addition, the firm is engaged in the management of national coalitions in support of specific Federal advocacy objectives, including the Coalition to Preserve Retirement Security (CPRS) and the Public Sector HealthCare Roundtable.

Mr. Lussier previously served as Executive Director and CEO of the Massachusetts Teachers’ Retirement System (MTRS). For nearly 19 years, he was responsible for the administration of retirement benefits for approximately 110,000 active and retired teachers and school administrators of the Commonwealth of Massachusetts. During his tenure, Mr. Lussier was recognized as a forward-thinking public manager who built a client-oriented service organization; a successful legislative advocate for the System in Massachusetts and beyond; and an effective coalition builder at both the state and federal levels.

He has served as President of the National Council on Teacher Retirement (NCTR); Chairman of the National Coalition to Preserve Retirement Security (CPRS); and President of the National Preretirement Education Association (NPEA). He has been an instructor with the International Foundation of Employee Benefit Plans’ Certificate of Achievement in Public Plan Policy (CAPPP™) in Employee Pensions and is a former member of the Foundation’s Public Employee Committee. Mr. Lussier recently completed a term as a member of the Group Benefits Advisory Committee for the Employees Retirement System of Texas.

He is a former member of the Massachusetts Retirement Law Commission, and a former Trustee of the Methuen Contributory Retirement System in Methuen, MA.