By Alex Talcott on January 27, 2015Comments Off on Personal Debt: Going-Along to Get-Along Gone Wrong? 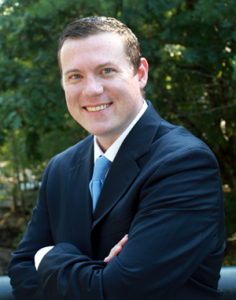 Get your house in order. (Or, first, consider getting a house!) Get your U.S. and state representatives to get their houses in order. The season of giving is over. It’s time to get getting. Get real about getting by…especially if you’ve gotten behind. This month, let’s explore some of the Whos, Whats, and Whys of personal debt.

We met the Grinch in Dr. Seuss’s “How the Grinch Stole Christmas!” (1957 book, 1966 TV special). Understanding “how” Debt stole retirement security (and has been an accessory to breached national security) in the years since may be of interest to students of history and the more civic. The less wonkish or creative among us can still write a happy ending that restarts the American Dream. If you’re in debt, don’t know, or don’t know what you don’t know, you are not alone and don’t have to bootstrap it.

Twice as many respondents, as compared to last year, expect to be in debt for the rest of their lives, found Princeton Survey Research Associates International for CreditCards.com. However, the question, “When do you expect to be debt free?” misleads. Buying goods and services on credit leverages the time value of money, if only for up to eight weeks for an early billing period purchase. Taking out a mortgage provides liquidity and opportunities for a market return greater than the mortgage rate.

Medical debt impacts the credit scores of one in five reports and accounts for half of total overdue debt. The federal Consumer Financial Protection Bureau, under Richard Cordray’s direction after Elizabeth Warren’s founding advocacy, is taking credit reporting agencies – and, indirectly, corporations generally – to task. NBC News reports the major agencies will now be required to communicate regularly to the CFPB about consumer dispute protocol and progress and to research and act on companies with high dispute incidence. The Associated Press concurred that the CFPB is spreading or shifting the blame. How can a sick debtor comprehend payments justly due when hospital and insurance company notices are “confusing and baffling”? Cordray’s December remarks in Oklahoma City have little implication for how the individual or family takes care financially in the short term. Notwithstanding an updated credit score model last year, the Fair Isaac Corporation’s (better known as FICO) possible 100-point deduction from a 780 for a mere $100 unpaid bill is a red-light reminder of the benefit-cost of keeping current on bills.

Josh Boak, an AP economics writer, gives credence to the CFPB analysis, noting a separate study in support of a characterization of many Americans as “struggling to understand” and “hav[ing] no choice but” to incur debts. The Urban Institute calculated, of people with credit records, over a third had been reported to collections. On average, Americans have decreased personal debts since mid-2009, but the proportion of people with debts in collection hasn’t moved much.

The working poor and sometimes mythical-seeming middle class might stand a better chance of solvency were more employers aware of, and willing to invest in, financial services as employee benefits. Nashville-based Emerge Financial Wellness, for example, registers corporate partner employees for a financial stress test. Emerge applies the results to a personalized program – in English or Spanish – including “unlimited, confidential one-on-one financial coaching, free credit score monitoring, a custom financial action plan, an online resource center for…financial know-how needs,” and more. Is it enough for credit counseling, debt management, pre- and post-bankruptcy education, homeownership preparation, and foreclosure prevention to be at the fringe of fringe benefits?

BiggerPockets.com blogger and self-called “personal finance nerd” Brandon Turner recently wrote, “[T]he typical millionaire hides among us, driving normal cars, living in normal houses, and living normal lives.” Turner follows that insight – observed and repeated interminably in Thomas Stanley and William Danko’s “The Millionaire Next Door – with cause for celebration: “Personal finance nerds are not frugal for frugal’s sake (well…some of them are!) In fact, most personal finance nerds know when to splurge on something nice — because they can afford it.

The difference is timing. Most of the population buys stuff they don’t need, that they can’t afford, to impress people they don’t like. Personal finance nerds save up and plan for the stuff they truly want to enrich their lives.” In what labor economists James Medoff and Andy Harless termed our “Indebted Society” even in the booming 1990s, Americans are borrowing to maintain lifestyles—from the college education experience to the shirts on our backs (Note: Missing among The Valley Patriot’s many valued advertisers is a MA/NH dry cleaner or laundromat to clean those shirts!).
Debt, unlike the Grinch, has no cartoonified incarnation to be heartwarmed. The “Whos” are ‘yous.’ So that leaves it to us to carve and feast on the Roast Beast! In the spirit of saving, remember some scraps or more for Max.
Happy Debt-smart-not-free New Year.

Alex Talcott, J.D., teaches business law at Southern New Hampshire University and is affiliating with a Fortune 500 financial services company in the New Year. This information and commentary does not constitute investment advice; Alex welcomes and reads comments and inquiries sent to VauraConsulting@gmail.com. Follow him on Twitter: @AlexTalcott