By ValleyPatriot on December 1, 2015Comments Off on Piddle, Twiddle, and Resolve ~ TEEN TALK WITH ANA 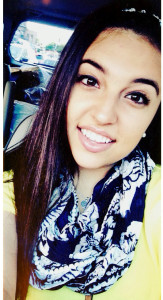 It’s a truth universally acknowledged that teenagers all come accompanied by a bad rep. Whether they’re being moody, stubborn, angry, or just plain brats, I’m pretty sure no one would want to be stuck living this age forever. Many people even view the teen years as nothing more than a customary induction phase everyone must pass in order to reach the ultimate level of adulthood. One thing this age group attributes their infamy to is their unrelenting ability to huff and puff with everyone who doesn’t see things their way.

These disputes however, are merely a symbol of the gradual, yet inevitable separation of children from their parents. Though draining to everyone who happens to cross paths with these young hooligans on any given “bad day”, incessant arguing is a crucial part of the maturing process. Researchers are even suggesting that these “spats” if tamed, can prove to be a child’s greatest asset. A psychologist by the name of Joseph P. Allen recently headed a study in which he stated that it is the quality of the arguments between parents and teens that determines the potential benefits it could lead to in the child’s future.

These arguments actually provide mini life lessons, teaching the teen how to disagree and make your opinions heard. This is a necessary skill that one must perfect in order to handle all real-life situations, from the workplace, to the dating realm, and even back to the family unit. They key however, as previously mentioned, lies in the quality of the arguing. Many people hear the word “argue” and automatically assume whining, yelling, complaining, and blackmailing are involved. But there do exist ways to discuss differing viewpoints soundly, calmly and most importantly, respectfully. In Allen’s study, a group of 13 year-olds were filmed describing different disagreements they’ve had with their parents, most commonly over grades, chores, money, and friends. These descriptions were then played back for both the parents and their children, which in turn triggered a variety of reactions. While some parents “laughed uncomfortably” or rolled their eyes, it was the ones who were immediately willing to listen to their children and open to compromise that were headed in the right direction. With all of the pressures found in the post-teen/early-independent years, to conform to risky habits such as drugs or alcohol, these argumentative skills are vital tools for maintaining a safe and healthy lifestyle.

In the second part of Allen’s study, in which he interviewed these same teens 3 years later, he observed that the teens who learned to be collected and confident with their parents reacted the same way when confronted by their peers. When offered drugs or alcohol, they were able to firmly say ‘no’, and disagree in situations where they knew their safety was threatened. For those teens who had previously been inclined to whine or name-call in the presence of their parents, an invitation to drugs was sooner accepted.

Many people are applauding the actions of Richland County Senior Deputy Ben Fields in handling the situation with the black female student from Spring Valley High School in Columbia, South Carolina. Some even argue that it’s his termination and similar reactions to instances nationwide that are raising a generation of entitled urchins who think themselves above the law and all authority. But the real cause for this loss of respect plants its roots somewhere closer to home. It is not the media that is responsible, but the family. If kids aren’t shown what it means to be respectful, they will never learn to exemplify its likeness outside of their household.

My family has always been into musicals, namely the 1972 classic rendition of “1776.” We can always be found humming along to one of their famously catchy tunes. There is one in particular that stuck out to me while writing this article: “Piddle, Twiddle, and Resolve.” Though the piddling and twiddling from the musical is in reference to the signing of the Declaration of Independence, I think it’s a pretty good choice of words. Effective arguing can prove to be the ultimate defense against negative peer pressure. Teenagers who feel confident enough to express their beliefs to their parents will also feel comfortable enough to be open and honest with their friends. In order to obtain this confidence however, half of the effort has to be evident on the parents’ side. Every relationship is a two-way street, and an encouraging and supportive parent will mold a headstrong, respectful child. When parents listen to their children, their kids will listen back and return the respect they have been shown. Arguments aren’t meant to be fights, but rather friendly, persuasive episodes between parent and child. So the next time you encounter a piddling and twiddling teenager, don’t jump to prove your own point, but step back and listen. It might be a more valuable lesson than any learned in a classroom.